Trucker Comes To Rescue Of Stalled Motorcycle On Busy Highway 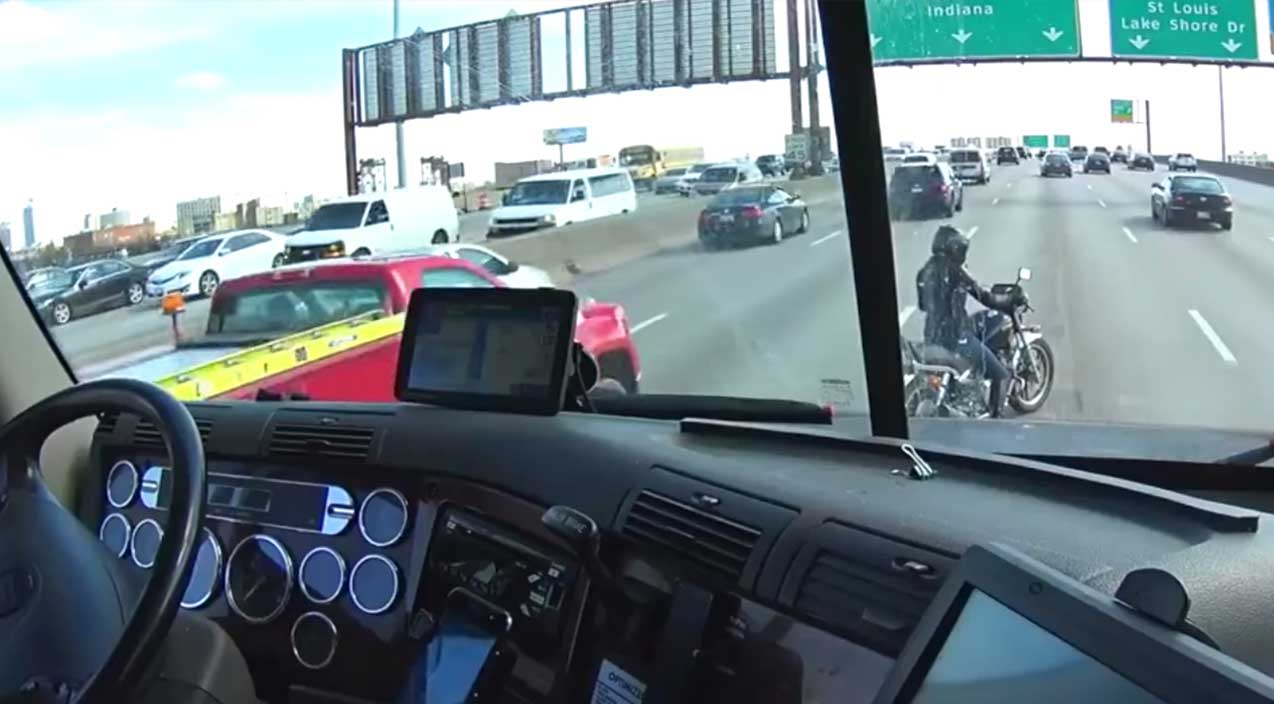 In a day and age where many stories might point to people being coldhearted and only caring about themselves, every once in a while, we are given a nice little reminder that people really do care about one another deep down inside and they truly can be selfless if they want to be.

In this situation, we’re faced with somebody who could’ve seen an incident happen and not done anything at all, figuring that the rider in peril here would be able to fend themselves and nobody would’ve batted tonight, however, instead, he decided that he would take some time out of his schedule and put himself in harm’s way in order to try and help out somebody else to really appears to need a hand.

As a dash cam is rolling, it looks like a motorcycle rider who was making their way down the highway appears to have stumbled upon some bad luck as their motorcycle has stalled out and when the bike happened to be in a quite precarious situation of being in traffic and trying to find their way to the shoulder. As the driver of the semi truck in question sees this young lady on her motorcycle, simply in a spot where she is stuck, he takes it upon himself to slow down, using his truck as a shield to make sure that the rider is able to make her way safely to the shoulder.

If you follow along with the video below, it shows us a little slice of something to restore your faith in humanity with a simple action that has one person just totally going out of their way to attempt to help out another. This driver probably thought that he was just doing the right thing and not expecting a pat on the back which really gives you a good feeling inside that makes you want to go out and do some good for yourself.

Saved by a trucker!!

Posted by Customikes on Wednesday, October 3, 2018

« Wall Slides Out In Front Of Racers, Restarts Entire Race