Trucker, says NO to this Blonde Trying to Merge! 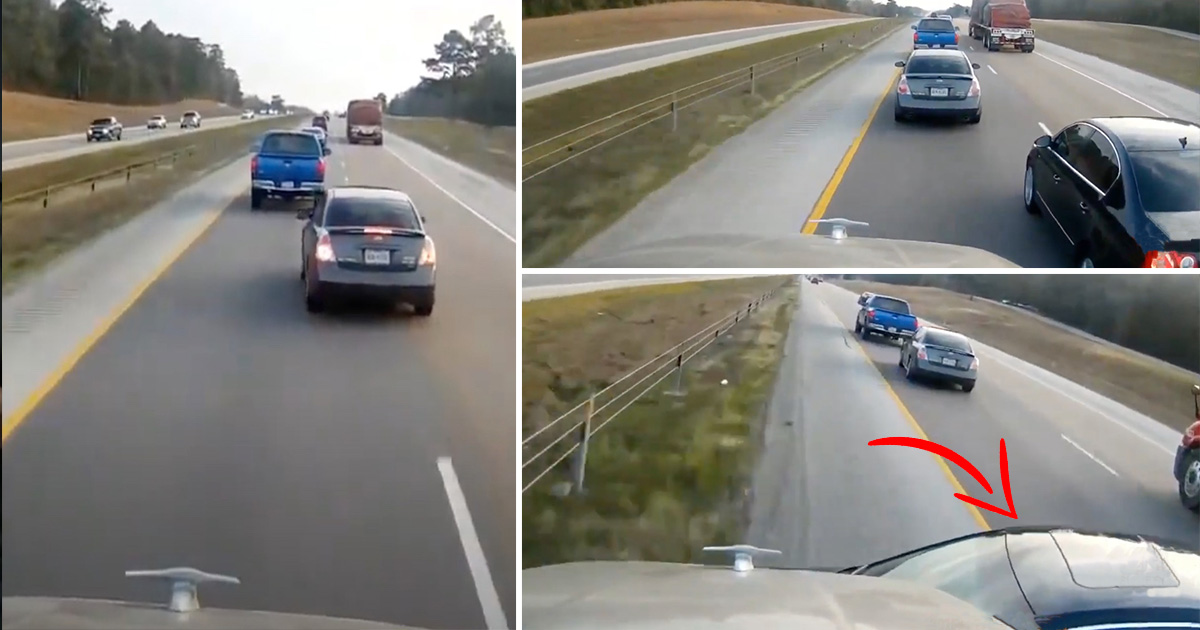 If you yourself are a trucker or know anybody who is and talks about it, you’ll find that a common thread of discussion is that motorist who thinks it’s a good idea to merge over at the last second. Yeah, it’s rude. Ok, we can get over that part. What the motorist fails to realize is that an eighteen-wheeler moving along at highway speeds isn’t going to stop quite as fast as your sedan will.

As she pulls in front of the SEMI truck she does not think twice about how much damage the massive truck can do to her tiny car and how many people die every year from road accidents similar to this. Luckily for her the truck driver was nice enough not to plow her tiny car into smithereens.

Check out the video below as a Volkswagen driver merges over, giving the truck very little space and the trucker fails to see the ignorant driver. It doesn’t look like she will ever be inconsiderate ever again after what happened here. In fact, it looks like the VW driver is truly lucky to be alive!

This is what not paying attention will get you if you drive a Ferrari.