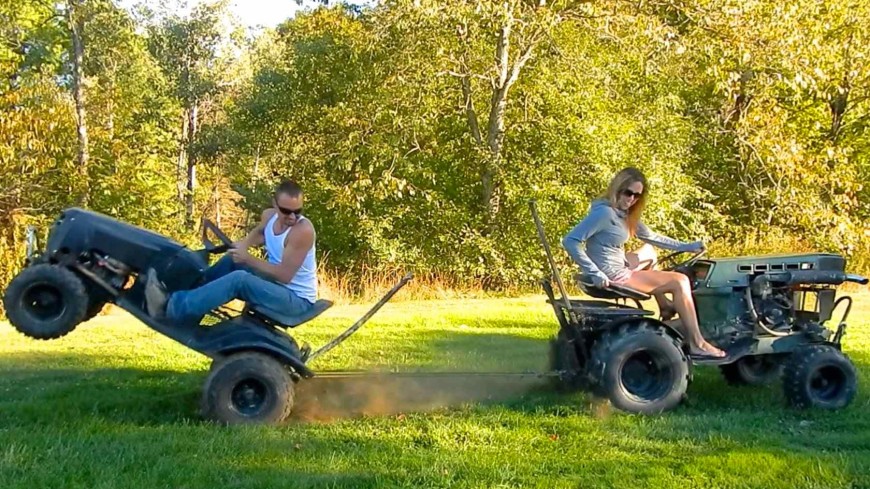 When it comes to the folds of the internet, it seems like boredom brings about some of the most interesting videos that you will ever lay eyes on.

This time, we join in with YouTuber, FearlessFront, as he takes a pair of lawnmowers that he had laying around and puts them head to head in a good old fashioned tug-of-war.

On one side of the war, we have a diesel powered Sears tractor and on the other hand, a Murray Off-Road Mower cranks up to show off its power.

Check out the video below to see what happens in this creative tug-of-war situation. What would you put to the test in a tug-of-war if the possibilities were endless?

« How Much It Costs To Own A Bugatti