Two Diesels Battle It Out In Tug-Of-War Madness 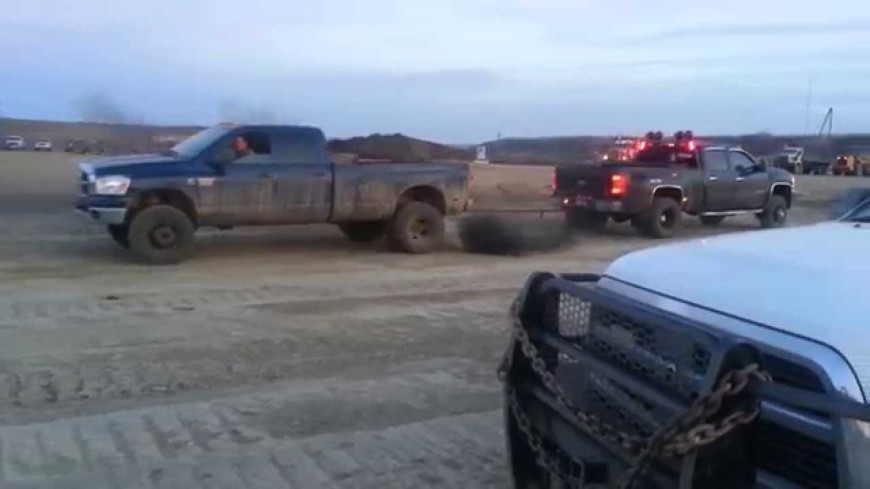 The tug-of-war is a classic battle of torque to see who exactly has the truck that will shoulder the load of pulling along the other guy to mark superiority.

This time, we check out a Chevrolet Silverado Duramax going head to head with a Dodge Ram Cummins. Both of the diesels are at wide open throttle!

This seems like it would be a fair competition, but it isn’t even close as the Duramax owner pulls the Cummins along like he owns it! He could’ve probably taken this thing to the moon and back if he really wanted to.

Check out the battle below for yourself and tell us what you think of this classic measuring stick match that goes down between two classic platforms!

Check it out as a Z06 and a Mustang go head to head in a tug-of-war in the video below!