A Tuned NSX Throws Down

A Tuned NSX Throws Down

Over the past couple of years, it has been a strong time for nostalgia. With ...

Over the past couple of years, it has been a strong time for nostalgia. With nameplates coming back to life that we thought were dead, we have to admit that we have been excited to see what they will turn into. With names like the Toyota Supra and Acura NSX, they have rather large shoes to fill.

No matter how good these cars are, they always have their older brother waiting in the shadows. With the reputation that the models have put together, it’s going to be tough to be able to satisfy me enthusiasts who remember the cars of old.

While the latest Supra just was released not too long ago, the NSX has had a couple of years to get in the swing of things. As the NSX is more of a high dollar supercar than a common sports car, we haven’t seen too many of them running around. The Supra should be much more plentiful and receive much more attention on the drag strip.

It really seems as if this Acura has been the one that has kind of flown under the radar a little bit. However, when we saw what it could do on the strip, we have to admit that we were pleasantly surprised.

Even the most hardcore of enthusiasts will admit that the older NSX wasn’t exactly a performance powerhouse. I guess that’s the sentiment that has kind of been attached to the new model as well. Let us tell you that this designation certainly isn’t warranted.

Down in the video below, we check out the newest Acura NSX. This thing is basically as minimally modified as possible. With a simple tune and more aggressive fuel selection, the car absolutely flies. At Street Car Takeover in Maryland, this prime example let its true colors shine through. Said colors are certainly shining bright to boot!

How to Make Big Money Drag Racing Without Breaking the Bank 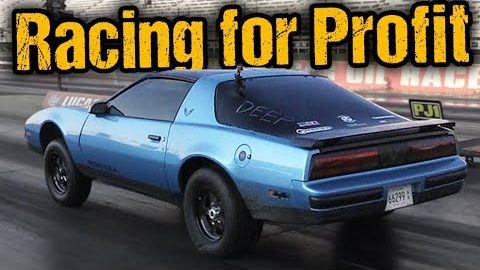