In the world of drag racing, absolutely no platform is off-limits.10x the entries ...

In the world of drag racing, absolutely no platform is off-limits.

When we say that people race anything that they can get their hands on, we definitely aren’t exaggerating. Some folks might stick to the tried-and-true. Others, however, will really get creative with their platforms. We have seen everything from common vehicles like the Ford Mustang built to race to the most uncommon things that you could think of. Perhaps the Hayabusa powered golf cart that you can find here will spark your memory.

This time, we check out yet another obscure drag racer that hits the strip. In this one, we’re looking at a vehicle that is marketed as a utility vehicle. The side-by-side is a pretty cool creation that several different companies produce for different work tasks or maybe even a little bit of off-road adventuring.

This side-by-side owner isn’t doing any of the above, though. Instead, we watch as the SXSBlog Parts Can-Am ends up hitting the dragstrip. In addition to being a unique vehicle, this one has a little bit of a bite to it. Not only is the platform lightweight but it’s also is boasting 300 hp. That might not seem like a whole lot in the grand scheme of things. Honestly, it really isn’t. However, when we look at the platform, that story changes. We consider the fact that this thing weighs almost nothing compared to some of its competitors, things can really get intense. Because of that, this driver and machine combo end up sneaking up on a couple of opponents.

By following along with the video below, we get to join in on quite an interesting journey. When we see a side-by-side sitting on Race Star drag wheels in a big and little drag racing setup with slicks, we know things are about to get serious. Based on looks alone, this thing definitely has our attention. When we see what it can actually do, though, it gets all that much better. 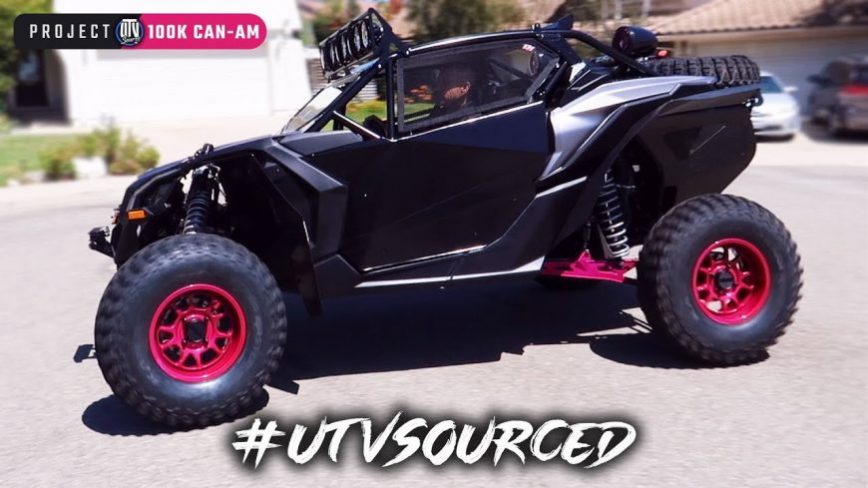