Twin Turbo Audi R8 Tears its Way Into the Record Book – First in the 7s! 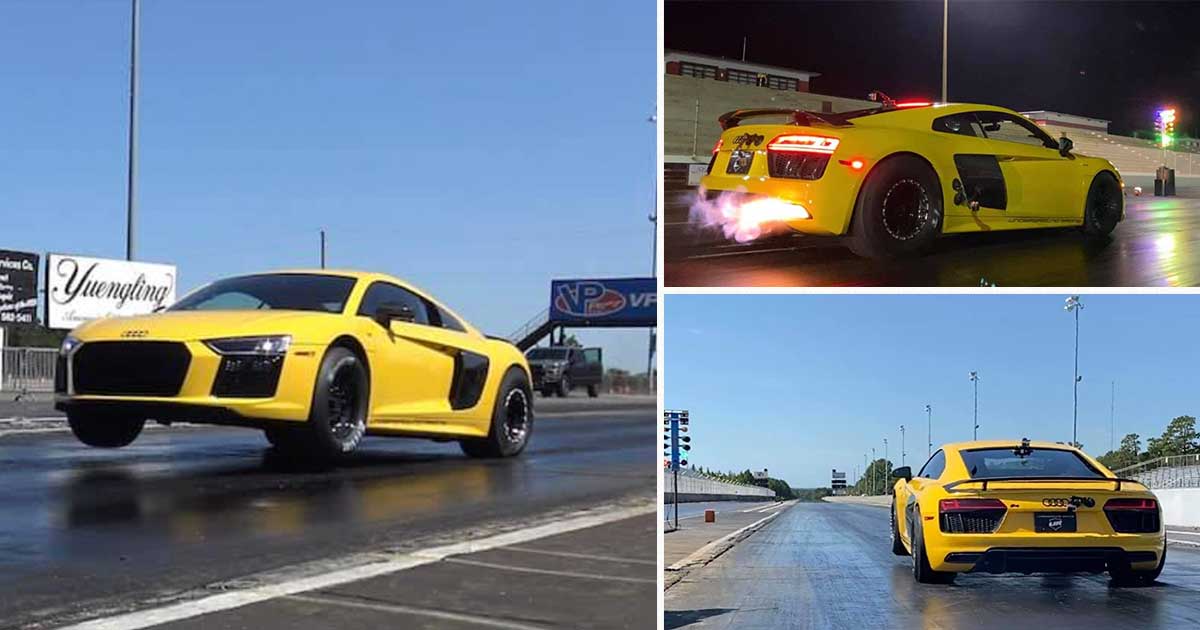 When it comes to building absolutely insane supercars and making records fall, Underground Racing always seems to be in the conversation. The shop has really been on top of the game of performance and horsepower. They’ve put together all sorts of exotics as they’ve really become known for their work with some of the most insane Lamborghinis to ever roam the Earth.

However, they don’t stop at Lamborghini. Instead, it seems like the brand is willing to take on pretty much any nameplate that one could imagine. This time, the ride in question is none other than a very special Audi. Of course, if it’s going to Underground, it’s probably going to be done big and this time, that’s exactly what we find. In fact, this particular Audi R8 goes so big that it manages to haul in the platform record.

As the car makes its way down the quarter-mile, we find that it’s done completely in full factory weight. That’s right, there has been nothing taken out, and no considerations made to make the car lighter. Normally, when chasing down records, this is something that folks will go all out with. They won’t just stop at taking out seats but might even begin to take out other creature comforts as well to make the car faster. This particular R8 is just as heavy as it was when it rolled off of the assembly line.

In order to get things going, the R8 has been fitted with a twin-turbo system and UGR’s Billet DCT transmission. When the rubber meets the road, 2500 hp is cranked out from the European monster. From what we understand, UGR says that the car is still very streetable as well. In other words, you could probably drive this thing to get coffee on a Saturday morning or to and from the office after cranking home a record that sits at 7.6-seconds at 196 mph.

World's first Audi R8 to break the 7 second quarter mile barrier! With a record pass of 7.6 @ 196 mph. The pass was done using the Underground Racing Billet DCT transmission. The very streetable DCT clutch is a multi plate wet carbon assembly in a billet clutch cage that holds 2,500 horsepower at only 17.5 bar of clutch pressure.