Sometimes, being creative is key and other times, you just want to go fast. Sure, the ...

Sometimes, being creative is key and other times, you just want to go fast. Sure, the Chevrolet S10 is a relatively common platform in the world of drag racing. However, when we see one come together in just the right proportions, it can be oh so satisfying. As it just so turns out, Barry Cook’s S10 falls into just that category. Among the field of cars at Holley LS Fest, this was certainly a machine that made a statement.

Upon approaching the truck, the intake manifold sticking out of the hood is the first signal that something is up. When walking closer, the pair of turbos behind where the grill used to be confirms the sentiment that this thing is ready to rip.

When Barry spills the beans on the truck, we learn that the combo is featuring a forged 370 with Trickflow heads and a pair of VS Racing turbos. The combination amounts to 1100 hp to the tires on 24 psi. This is a figure that Barry tells us is just beginning to ironing out the combination. With his estimates, there should be a good amount of boost left on the table as well so this is just the beginning.

The overall goal for this “street-ish” combination is to reach out and touch the 7-second quarter-mile range. Cook says that driving to and from the track combined with such a pass would be the ultimate accomplishment for this truck. We would venture to say that any vehicle can do that is a winner in our book.

By following along with the BigKleib34 video below, we can catch the truck getting into the swing of things. Even without being turned up, we have to admit that this thing is downright impressive. Just imagine when a couple extra psi are thrown in the mix.

Larry Larson Unveils His New Cadillac No Prep Car, And It's Magnificent 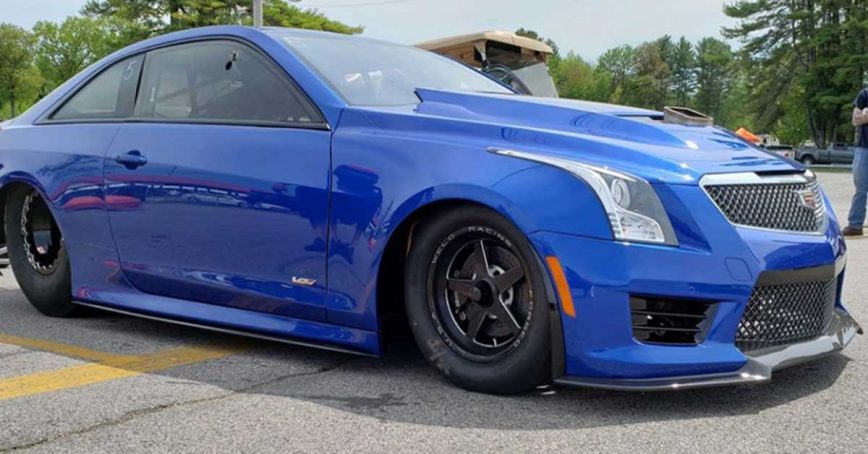