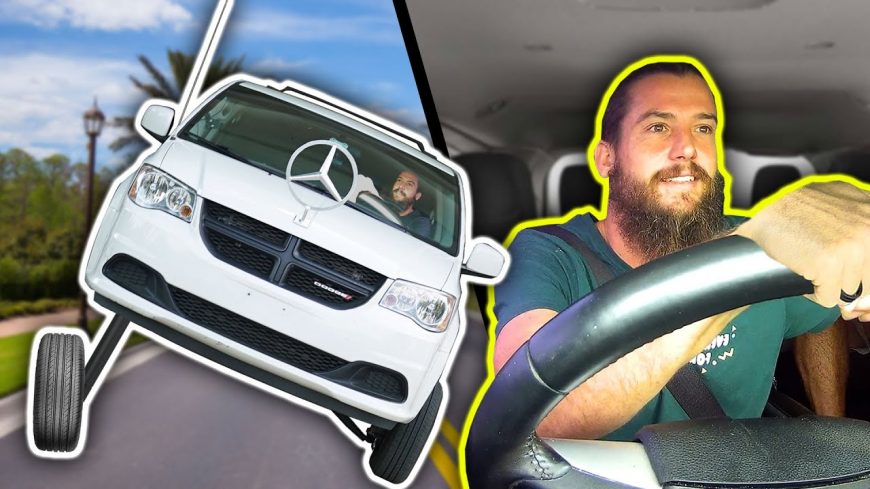 When ridesharing app, Uber, came on the scene, it was definitely a breakthrough service. In fact, it has become so popular that other businesses call themselves the “Uber” of their industry, at times, when trying to insist that they are the next big thing.

However, very few have been able to come close to the success of Uber as it seemed to pop up relatively quickly and skyrocket to the top of the App Store.

However, the one thing about getting into an Uber is that you never really quite know what you’re going to get. Uber has definitely done their diligence to try and make sure that these transactions go by as smoothly as possible. Drivers get screened and customers have a reputation score so that unwanted interactions happen less frequently.

In reality, though, just like a taxi service, you never really know what you’re going to get. In fact, some of the machines that people use for Uber might be a little bit crazier than what one might expect with a typical yellow cab.

This time, we check in with a situation that is certainly an outlier. However, when pranksters at Vlog Creations decided that they wanted to spice things up a little bit, the Uber that they would pull up with was entirely different than what anyone had expected.

Sure, on the surface, the cab looks like a typical Dodge minivan with some aftermarket wheels on it. However, when the customers get in the vehicle, they quickly learn that this thing has been modified quite a bit. As the driver rolls along, he hits the switches, revealing that this minivan is sitting on a set of hydraulics which makes it bounce up and down, creating quite an interesting ride with some rather interesting reactions.

After checking in with this one, be sure to tell us what you would rate your Uber if they pulled up in something like this.