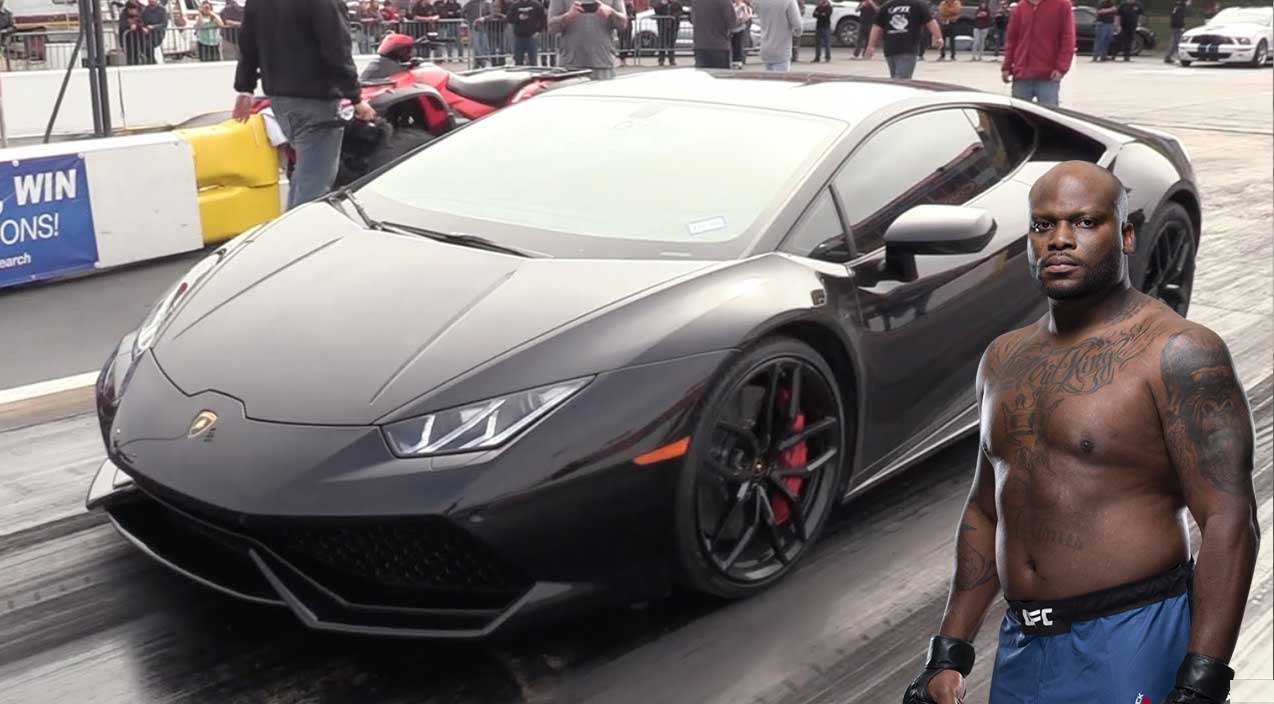 It can be easy to forget the fact that our favorite folks from the world of athletics and Hollywood also have lives outside of their profession. All that we, the fans, ever see them doing his what they’re known best for. However, as we’ve seen on the race track, there are plenty of celebrities and other well-known figures who prefer to live on the wild side every once in a while, chasing down speed when they aren’t hard at work. It’s pretty interesting to see how these personalities translate from the way that we know them into someone who really enjoys our way of life and how they compete on the racing surface of their choosing.

In this one, we follow along with champion UFC fighter, Derrick Lewis, as he makes his way down to Houston to take a couple of passes in his Lamborghini. The Lamborghini Huracan has been introduced to a pair of turbos by Late Model Racecraft that certainly positions the Italian stallion a long way from its former factory self. In fact, even with all-wheel-drive fully intact, the Lambo seems to be a handful to get under control. Given that these are Lewis’s first couple of passes with the car, it looks like he actually did quite well figuring out how to adapt to what this beast has to offer.

By following along with the video down below, we can take a ride with Lewis and his raging bull as they throw down a couple of quarter mile passes that dial-in with low 10-second elapsed times. With everything that the Lambo is able to do on its first couple of passes, we would have to think that eventually, once a couple of the rough patches get ironed out and Derrick gets a couple of chances to gather some experience, this thing might be able to bust into the single digit range.

« ZR1 Mega Mix Makes Us Want to Head To The Track!