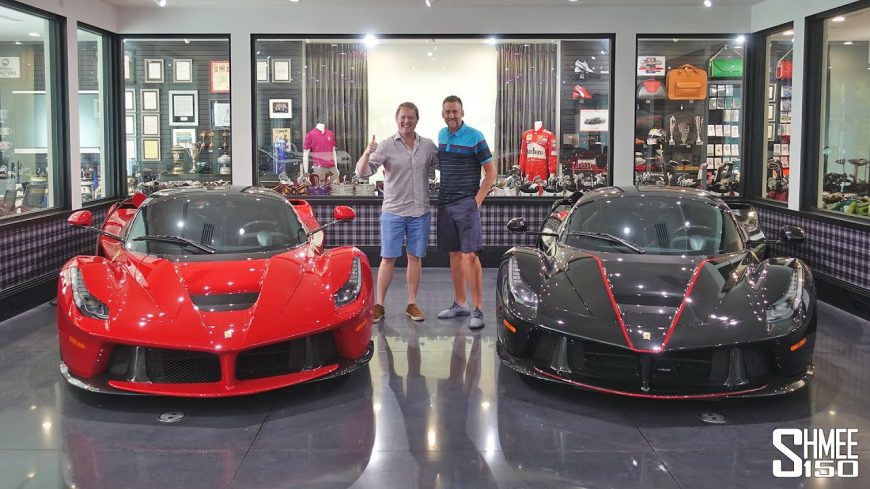 For those who aren’t in the know, golfers can make some pretty insane money. It’s not just those that are plastered on cereal boxes and billboards, either. While one does have to put together an incredible amount of ability in order to accomplish a payday from golf, these paydays might be a little bit bigger than most might think. Seeing the numbers might just encourage you to pick up a club.

For example, with golfer, Ian Poulter, a quick search indicates his networth is in the ballpark of $60 million. That’s nothing short of some serious change to spend on whatever he should please. To the satisfaction of those whose interests collide in golf and motoring, he has quite a thing for cars. More specifically, Poulter has put together an affinity for everything Ferrari.

In this one, we follow along as he takes us through his collection. In the future, we hear all about how the golfer picked up his love of Ferrari. He even takes the chance to tell us how long it took him to turn golf into his first Ferrari. Things got a little bit more serious since that first car but the passion for the brand remains. It seems as if Poulter couldn’t do anything but spectate as his passion spiraled out of control. It’s almost at the point where he has his own personal museum! One could say that he’s probably one of the more notable Ferrari collectors.

By following along with the video below from Shmee, we get an up-close and personal tour of more Ferraris than one could ever imagine. With a collection like this, it’s kind of hard to find a favorite part! There’s something awesome everywhere that we look! Which part of this collection do you think is your favorite of the bunch?

« Young Girl Warms Up Her Tractor Pull Rig, Ready To Dominate The Boys!