Young Girl Warms Up Her Tractor Pull Rig, Ready To Dominate The Boys! 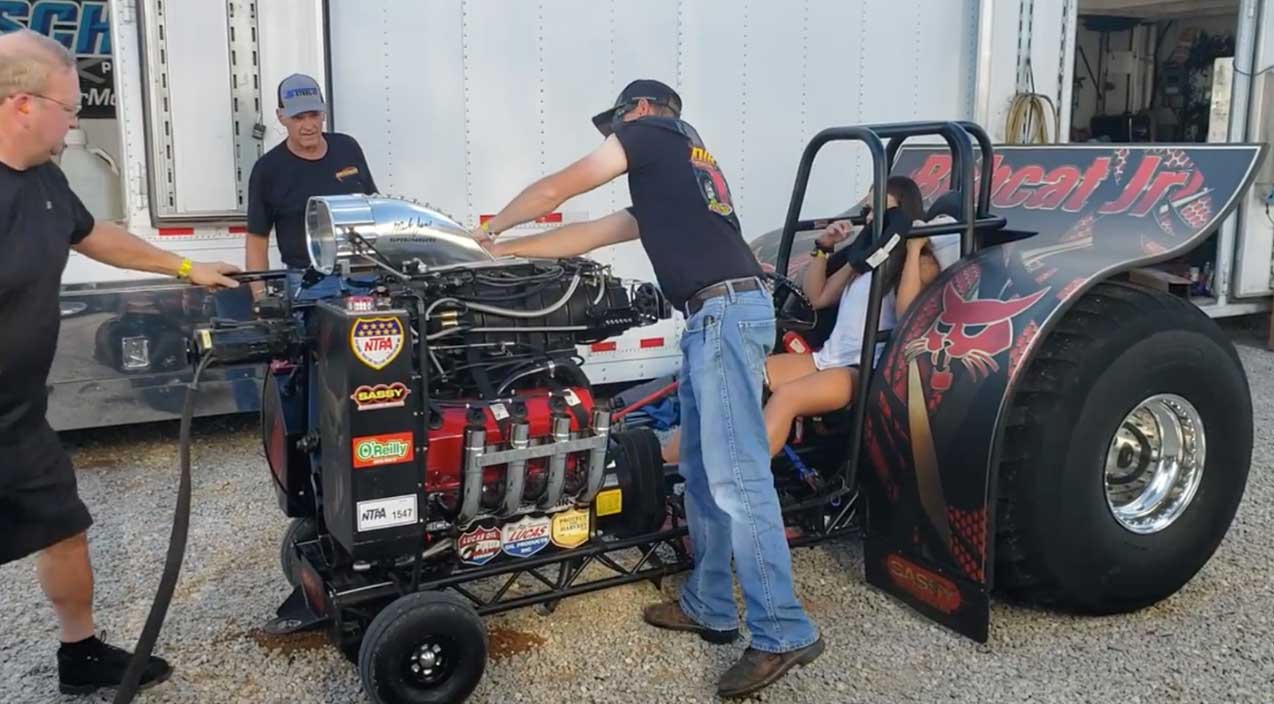 When it comes to something like your traditional tractor pull, you might think, as someone who is a casual observer, that all of these things are quite similar. However, just like any other form of racing, within the tractor pull community, there are several different classes that you can get yourself into. They aren’t are all necessarily the big displacement, multiple turbo machines that you see going viral over and over again on the internet but instead, sometimes, the smaller machines might be the ones that really end up putting on the show as the class will go a long way toward showing you what something smaller like this is really capable of as these machines flex their muscles.

This time, we get a pretty neat clip from the pits at Lucas Oil Speedway as a little bit of preparation is done in anticipation of the Mini Rod competition that’s going to go on later that day. What we see here is a machine that appears to be designed for nothing but pulling ability and speed while hooked to a sled, all while keeping the size down. It’s kind of neat to be able to get a candid shot of the crew as they get everything ready for competition with driver, Abbey Leischner, getting in her zone and ready to go at it out there on the pulling surface!

If you follow along with the video below, you’ll be able to witness the awesome machine firing up and absolutely screaming its lungs out. Even at an idle, this maniac of a machine is able to make sounds that will instill fear in the competition. This little teaser of a clip really makes you want to see how exactly the competition is all going to go down as all of that power ends up being put to good use.

« Drifting with No Arms?! Ken Block Rides Along With Armless Driver Bartosz Ostałowski