For those who aren’t too immersed in the remote control community, ...

For those who aren’t too immersed in the remote control community, they’re missing out on some pretty interesting phenomena. We’re not talking about the tinker toys that your kids are playing with. When we really sink our teeth into the community, there are all sorts of advancements that end up costing a pretty penny but really scratch the itch for remote control enthusiasts.

On one hand, we have the creations that are looking to really stretch the limits on performance. Whether that performance is speed, power, or something else, the remote control market has it covered. On the other hand, we see the builds that strive to re-create real-life. It’s pretty wild to see a shrunken down, a scaled version of something that we might’ve seen driving down the road or gliding through the water.

With this ready-to-rock machine known as the “Team Associated DR10 Drag Car,” we see a little bit of both. Outside, the car looks rather familiar. The drag racing machine is hooked up with a wheelie bar, slicks, and even a drag wing.

Appearances aren’t where it really hits its marks, though. As we dive inside of the mechanical workings of the car, we find that it has features like interchangeable gears to dial in the setup and make the R/C as quickly as possible. Even in stock format, the car pulls the front wheels off of the ground. Just imagine what it’s like once modified!

By following along with the video below from Oval RC, we get an in-depth unboxing that shows us what the car is all about. After going through this thing with a fine-tooth comb, we get a test drive as well. 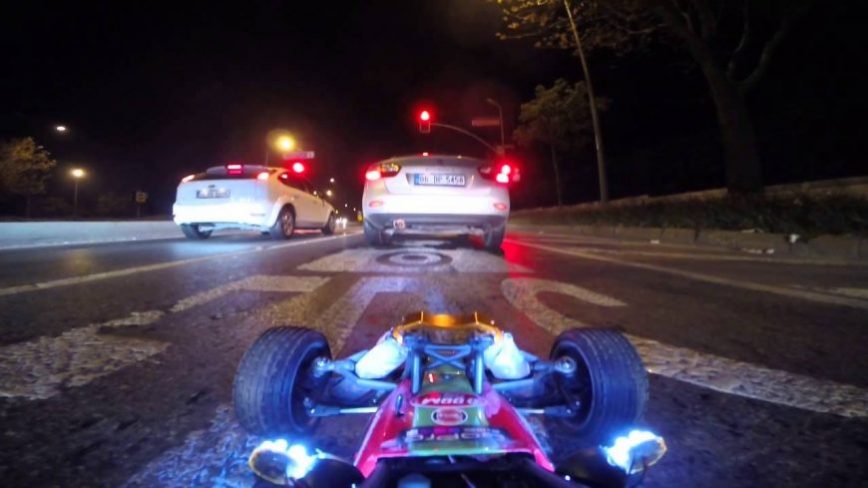