Fun Facts: Untold Truth of the Civics Used in the First “Fast and the Furious” Movie.

Fun Facts: Untold Truth of the Civics Used in the First “Fast and the Furious” Movie.

There have been 9 Fast and Furious movies that have made their release to date. This ...

There have been 9 Fast and Furious movies that have made their release to date. This doesn’t include several that are already on the slate through the year 2021. It ranks in the top ten grossing film franchises of all time. The series is trumped only by names like Marvel and Star Wars. Eighteen years and over $5 billion later, the movie about street racing truck jackers has turned into something different entirely.

At this point in the timeline, it becomes more interesting to dissect the factors that spawned it all. Just think about it this way: if one factor or another changed in the original, all of this might not exist. Perhaps if Dominic Toretto bailed on his iconic Dodge Charger, things would have never taken off. If Brian O’Conner ended up behind the wheel of an SRT-4 Dodge Neon like he was supposed to, the franchise might’ve flopped.

This time, we take the chance to look into the story of some cars that weren’t the stars of the show. These machines certainly played an integral role in telling the story, though. In the first Furious movie, one of the main plot points was an attempt to figure out who was stealing electronics. These masked men drove through the night in black Honda Civics clad with body kits and neon lights.

While the cars certainly looked good on screen, it wasn’t easy to get there. Everything had to be done on a budget. As fate would have it, most times, a strict budget and polished finished product isn’t easy. In this video, we catch up with Craig Lieberman, the technical advisor to The Fast and The Furious, as he tells us how these cars came to life. Let’s just say that, like the other cars in the movie, it certainly was a challenge. At the end of the day, though, the crew found a way to make it a memorable experience.

Vin Diesel and The Rock Can't Stand Each Other, The Feud 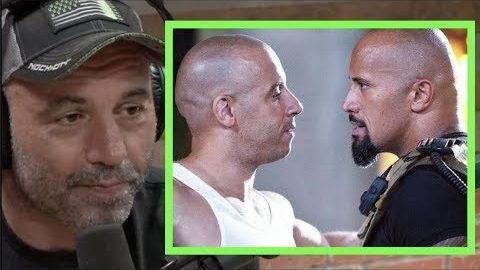