For those who have never seen drag racing on two wheels, well, it’s time to be ...

For those who have never seen drag racing on two wheels, well, it’s time to be amazed. Most of the time, these high-intensity motorcycles are able to blast their way down the track a lot faster than race cars. While there might not be much room on board for major power, when compared to cars, the lack of weight really seems to more than make up for it. Because of this, we see bikes make their way to insane passes. This particular motorcycle piloted by Doug Gall found its way to the six-second range in the quarter mile. I don’t care who you are, that’s absolutely moving!

In order to accomplish that goal, though, there are certainly a lot of moving parts. From the suspension to the engine and everything in-between, there’s a lot that goes into a successful pass. The catch is that for everything to be a success, all of these parts have to be working in unison. That’s easily said but what comes to practice, maybe not so much. After all, lots of friction and heat is being created and there is a ton of pressure being put on a lot of these parts. When it comes to taking that 200 mph worth of power and putting it to the ground, it all goes through the chain.

By following along with the video below, we get an up close and personal view of what exactly a chain looks like as a bike goes down the track with this sort of acceleration. It’s pretty crazy how many different views of the race we can get with a GoPro camera. This just provides one more angle that shows us just how crazy these bikes are. When getting the up-close view like this, it’s really crazy how much more than chain moves than many might have thought.

These Guys Took A Children's Cart, And Put A Gas Engine On It For The Ultimate Toy! 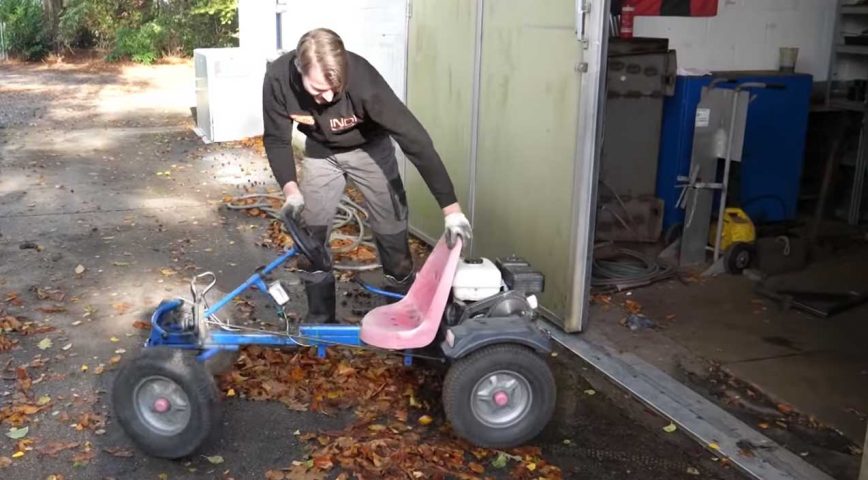