US Launches Wave of 52 F-35A Fighter Jets in Training Exercise, We Wouldn’t Mess With Them

US Launches Wave of 52 F-35A Fighter Jets in Training Exercise, We Wouldn’t Mess With Them

So there has been a lot of news going around hyping up a recent exercise at Hill Air ...

So there has been a lot of news going around hyping up a recent exercise at Hill Air Force Base in Utah. Naturally, with the current political climate, anything that can be looped into the possible impending war is going to be. Some people will do anything in the name of clicks, even if it promotes a false narrative.

However, that isn’t to say that watching a display like this is anything short of intense. Our jaws were on the floor the entire time. Without getting too political on the matter, we join in on a situation that’s rather badass. So here’s what ACTUALLY happened.

They Would continue that “Launching aircraft from multiple squadrons simultaneously presents various challenges and allows the wings to evaluate the capabilities of maintenance professionals, as well as pilots and command and control teams.”

Finally, the part that a lot of folks seemed to miss was that this wasn’t in response to current events. Instead, we’re informed that the exercise was part of normal, scheduled training operations. In fact, it had been planned for months. The idea seems to be making sure everything is ready while showing the strength and ability to employ such a large force at once.

Making their way into the air were Lightning II stealth fighters, says Mirror. They continue that the 52 total F-35a aircraft combine for a price tag of $4.2 billion. That’s some serious machinery.

While the public has seemed to take it upon itself to assume that this is a message to Iran, that doesn’t seem to be the case. On the other hand, we’re also not sure that we would mess with someone who just pulled off something like this with such ease. 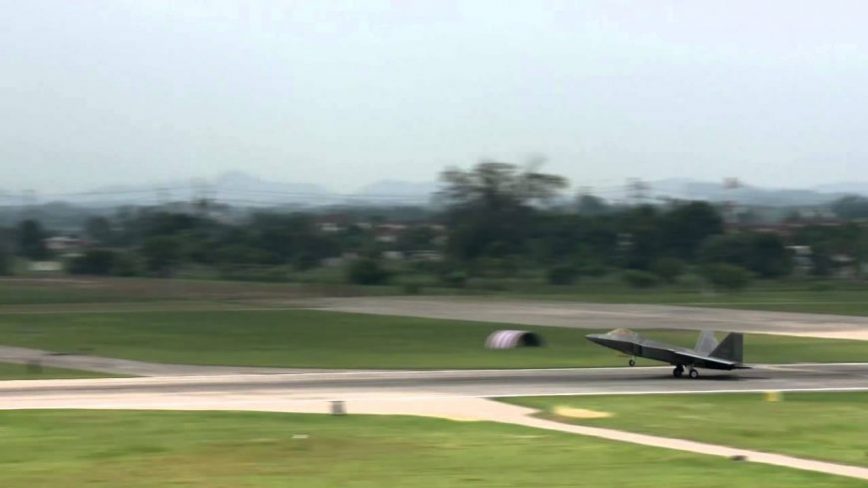