Using a Bugatti Veyron as a Snow Plow

Using a Bugatti Veyron as a Snow Plow

With most high-dollar cars, their owners will go out of their way to make sure that ...

With most high-dollar cars, their owners will go out of their way to make sure that they never combat the elements. We aren’t even talking about snow, either. With machines like the Bugatti Veyron, most won’t even pull them out of the garage if there is a threat of rain. We can’t say we blame them with a likely seven-figure investment behind such a car. However, not all hypercar owners are created equally.

This time, we check in with a couple of YouTubers in Royalty Exotic Cars and Stradman who see things a bit differently. Instead of babying their machines, they’re doing the things that make purists’ hearts bleed. The candidates for the action this time are the aforementioned Veyron along with a Lamborghini Aventador.

It really looks like these two decided that they were going to go all-in after heading out for this unique snow day. After all, it’s not very often that we get to see cars like this used and abused in such a fashion. Some might argue that it’s disrespectful to the machines at hand. However, another group is grateful to get to see what the cars can really do in conditions like this. Sure, these rides might not be perfect when they go to sell them. However, what fun is owning a car like this if you’re not going to hound on it?

In addition, we would bet that social media attention was a pretty big motivator here, as well. Sometimes, the price of an exotic can pale in comparison to the potential gains provided by a bigger audience.

By following along with the video below, we get to join in with the ultimate winter wonderland. Stradman even takes the liberty of grabbing some skis and skiing behind the Bugatti. We aren’t too sure that there are very many toys in this world that would make for better fun in the snow!

The Real Cost of Owning a Bugatti Beyond Purchase Price 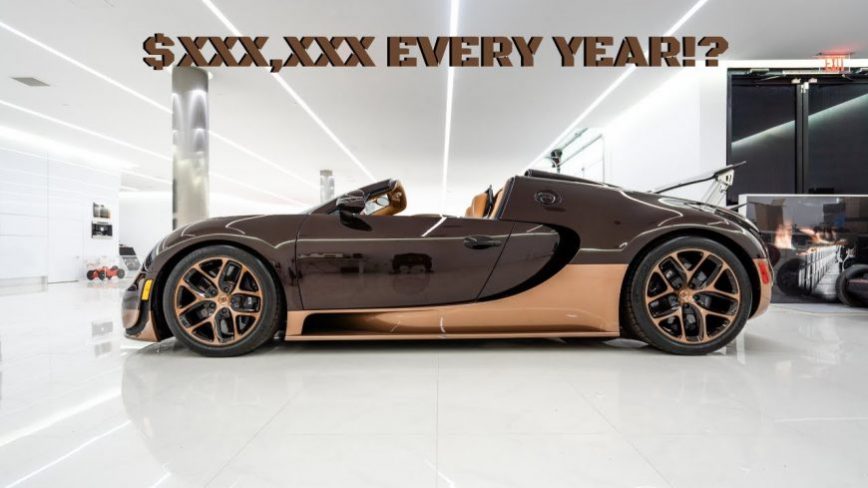