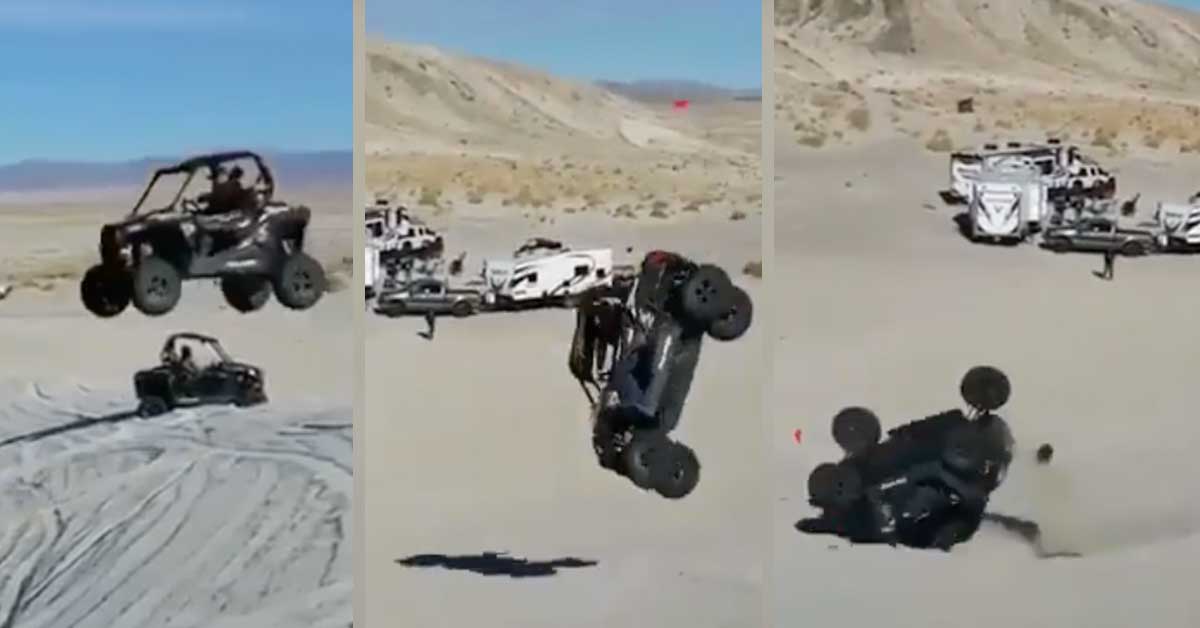 When it comes to the world of off-roading, what goes up, must come down. The driver behind the wheel of this Polaris RZR learned that one the hard way. Well, at least it looks like a RZR from where we’re sitting.

With enough talent and just a little bit of luck, sometimes, situations like this can end with the RZR in question coming down on all fours. Other times, drivers just aren’t as lucky as they send it up high and the result is a little bit of crash and burn. Every once in a while, the machines end up rolling over. The damage can end up getting pretty gnarly.

Some believe that there’s a happy medium between going too hard and too slow. While it sounds like an easy skill, the middle ground can be tough to find. This time, it looks like we meet the need to send it at full tilt. It looks like this driver was hoping to practically launch themselves into orbit. There wasn’t much chance that everything was going to be alright on the other end. After the nose began to sink, so did our stomachs.

While this probably isn’t the best choice for those who want to make it out in one piece, we have to admit that it certainly makes for some entertaining content. We can’t help but watch this ready and willing driver launch the RZR over a sand dune. He was certainly going for gold on this one.

By following along with the video below, we’re signing up for some massive air. We would bet that the driver would admit that this was one heck of an adrenaline rush. Unfortunately, though, it ended with the side-by-side getting nice and wadded up. Hopefully, the driver didn’t end up getting too banged up. The poor buggy, on the other hand, certainly is going to need some attention. That thing took one heck of a lick.