V12 LS Engine Fires Up, This is Music To Our Ears 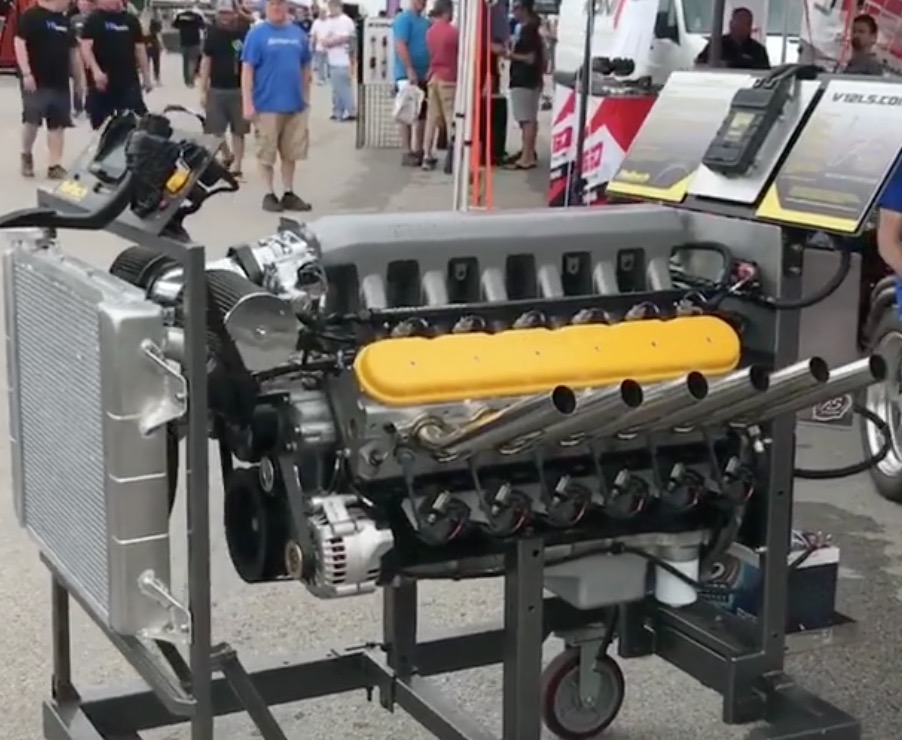 When you take one look at performance landscape, you learn that the LS engine is it in plenty of cars around the scene. It has become pretty much one of the few go-to engine swaps that you can plop in just about any car that you want. However, there have been some whiners out there who like to make their opinion known that they think that LS swaps are getting boring. Well, for those who are doing all the crying, maybe this is something that they can sink their teeth into because this takes the concept of an LS engine and stretches it out a little bit, quite literally, throwing some extra cylinders into the mix.

Before, you might have seen the v12 LS engine making its debut at shows like SEMA or lurking around the web somewhere but this time, the guys are back at it again. The first go around of the project would see two separate engines cut down and essentially welded together to make one solid piece. This time, we get to hear the engine fire up and run out at Holley’s LS Fest, the event that features everything that you could ever want and more when it comes to how the LS engine runs and works and it looks like the crew has managed to iron this one out quite well.

If you’re an LS nut, then you might want to put down whatever you’re doing and paste your eyes to the screen to see this insane one of a kind creation. There are some people who think about doing crazy things and some people who just get down to it and do it and needless to say, the guys from V12LS.com find their way into the “doers” category with ease! This thing most certainly rocks!