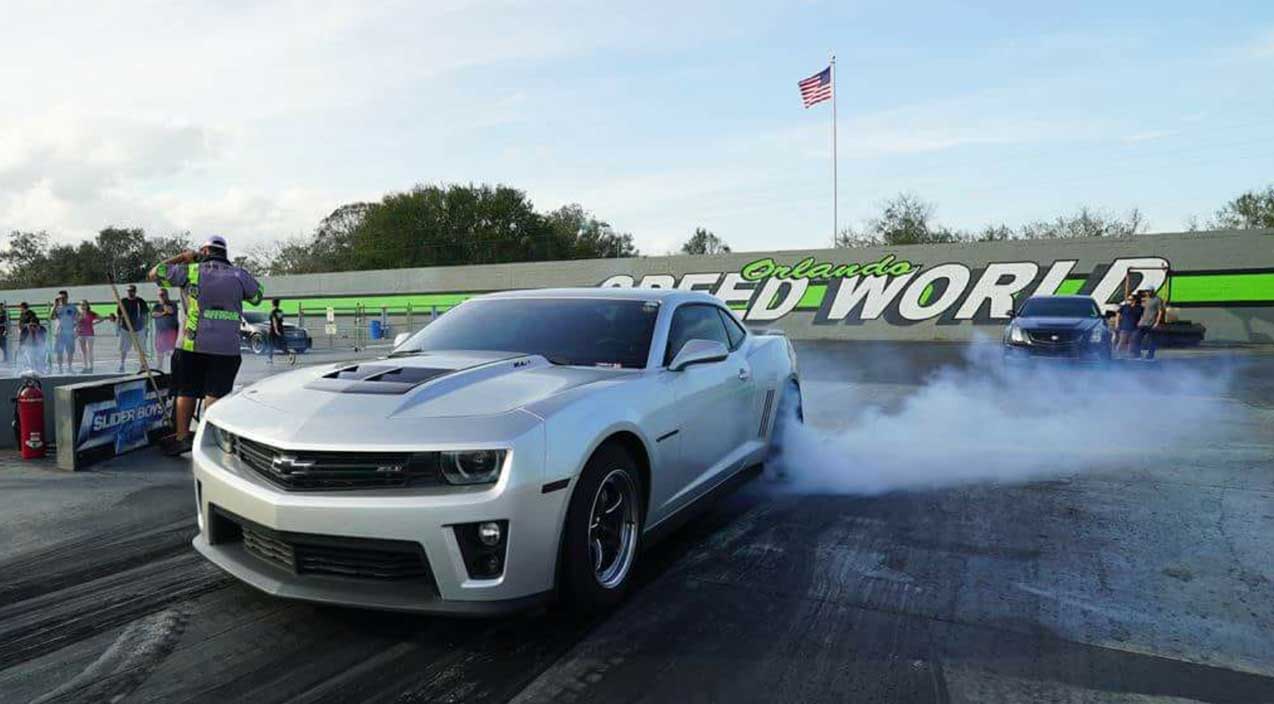 How do you make a late-model Camaro run 9’s in the quarter and make it look downright effortless? Well, if you’re Vengeance Racing, you wake up, drink your coffee, and just do what you do any other day of the week.

Vengeance has long been one of the nations most sought after LS tuning shops. While the guys at VR do dabble in other areas, they built their reputation on fast LS-based builds, and have built record-smashing cars for the drag strip, the half mile, the standing mile and countless badass daily drivers and weekend toys.

A couple of weeks back, they made the trip down to Orlando Speed World for the annual Cadillac Attack meet, an event that’s geared toward those with CTS-Vs, but is open to other makes and models as well. The guys at Vengeance rolled out this ZL1 Camaro belonging to Brett Peterson to take a couple of shots at the sticky Florida track.

Beyond the Stage 4X, Brett’s car utilizes a TH400 transmission from RPM Transmissions, an FTI torque converter, Weld Racing wheels all the way around, and a tank of VP Racing’s C16 fuel.

With all of this in place and tuned by VR, the car laid down a couple of 9.90 passes, clicking off a 9.94 at 135 MPH and a 9.96 at 134 MPH, all while making it look literally effortless. Of course, when your car is built by Vengeance, that’s what you can expect.