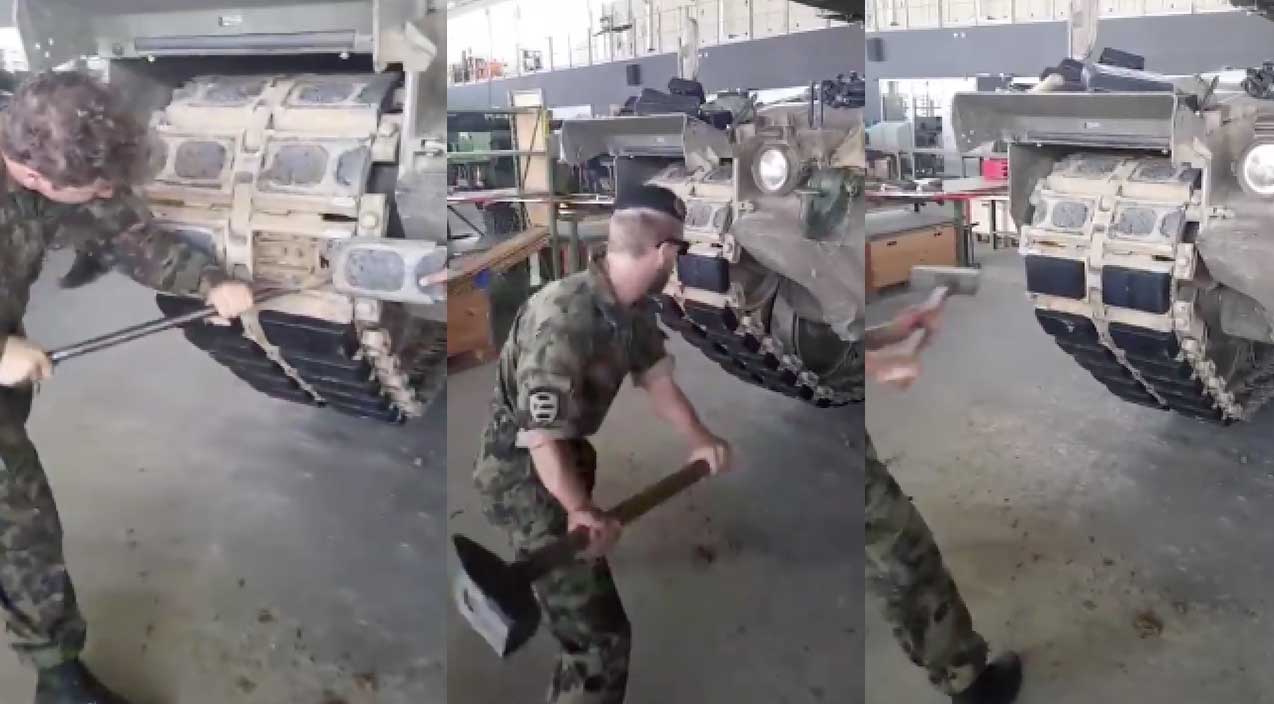 Sometimes, it can’t be easy to forget that, when you see these big and burly machines as they go to work, that they also have to be maintained. Just because tanks have that tough and rugged attitude about them doesn’t necessarily mean that they can go without an oil change or other general maintenance along the way. When approaching tank maintenance, this might raise a whole bunch of questions. Most people know a lot of different folks with a lot of different backgrounds but I’m not sure how many can say that they know someone who is responsible for keeping up the maintenance on a full-blown tank.

In this one, we get to see a little bit of behind-the-scenes work that goes into replacing a part should it fail. After all, out there in the heat of the battle, those who are risking their personal safety want to make sure that all of the equipment is up to par as much as it can possibly be. Therefore, having well put together tracks as to provide as much traction as possible is something that probably draws a lot of focus in terms of making sure that everything is just right. Getting stuck in a mud hole while in the middle of some sort of confrontation probably isn’t an ideal situation, after all.

By following along with the video below, we get to see how a little bit of brute force is used to replace the different sections of the track to make it new again. As the worker replaces one section at a time, this looks like some work that really requires a lot of upper body strength and a little bit of stamina to go along with it. After a long day of doing this, I bet these guys really hit the bed hard.