Vin Diesel and The Rock Can’t Stand Each Other, The Feud

Vin Diesel and The Rock Can’t Stand Each Other, The Feud

When it comes to some of our favorite movies and franchises, sometimes, we ...

When it comes to some of our favorite movies and franchises, sometimes, we don’t know what goes on behind the scenes. Sure, their publicists would love for them to always convey a message of positivity and unity. Fans are going to be much more willing to shell out money on a crew that they feel gets along.

When it comes to Hollywood, though, we would have to be pretty naive to think that everyone in every hit movie gets along behind the scenes. Just because they have chemistry on-screen doesn’t mean anything about their personal lives. Sure, we get to see much more of our favorite entertainers with the help of social media. It’s still important to remember that we’re seeing their version of themselves. Who doesn’t want to show themselves in a positive light?

One example of how we could see feuds happening would be in the Fast and Furious franchise. It goes without saying that the series hosts some of the biggest names in Hollywood. In addition, many of these actors have made their names on being the so-called Alpha. Many are the leaders of their pack. When too many leaders converge on one another, it could be disastrous.

Let’s just say that rumors have been flying. Allegedly, things might not be so great when the cameras are off. In fact, sources say that Vin Diesel and The Rock can’t stand each other. From rumors of being divas on set to certain actors not being willing to lose on-screen fights, trouble in paradise may ensue.

In the video below, we get to catch a clip from Joe Rogan’s podcast as he and Brendan Schaub dig into the topic. From the insider information that they seem to bring to the table, things might not be as much of a “family” as the franchise likes to constantly throw around. Maybe this is all a bunch of tabloid nonsense. On the other hand, though, perhaps too many big-name personalities have given rise to an issue. 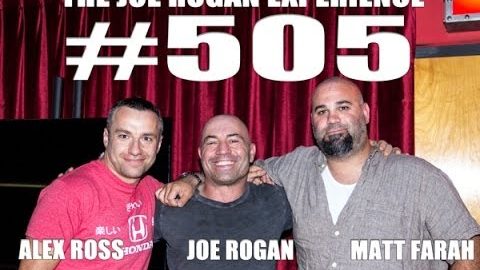