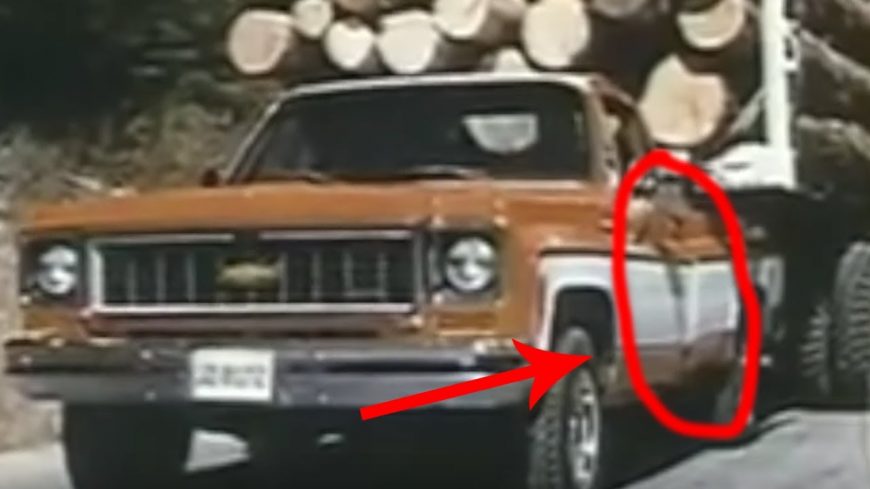 Over the years, advertising has dramatically changed. Depending on what era we look at, similar products can be advertised in completely different ways. Some of this is due to consumer trends changing. Perhaps, when it comes to pickup trucks, these days, people are looking for many different things than they would’ve looked for a couple of decades ago.

Maybe a different political climate has something to do with the way that commercials are presented. After all, there are tons of things that would fly years ago that would be immediately shot down by publications if they were put out on the air today.

This time, though, we check out a commercial format that has seemed to hold true. Sure, the way it’s filmed and presented really shows its age. However, the concept within this Chevrolet Cheyenne pickup truck advertisement is one that we’ve also seen more recently. With it, we also recall the likes of the GMC Sierra pulling a 225,000 lb boat or the Ford F-150 pulling a train.

At the end of the day, it seems to be a concept that has been passed down from generation to generation. The idea behind this sort of advertising is a little bit deceptive according to some. Sure, the vehicles are actually pulling the weight but expecting to do that in real-world circumstances is pretty much impossible.

At the end of the day, though, we think that most realize that these displays are purely for show and don’t actually amount to anything. Right?

By following along with the video below, we take a look at the old advertising that shows the Chevy pickup toting along 180 tons of logs. This vintage commercial almost makes us yearn for a simpler time. The ad doesn’t show all sorts of fancy camera angles and flashy transitions. Instead, what we have is a truck and a heavy load.

Oh yeah, there’s a little bit of car salesman showmanship tossed into the mix as well for good measure.

Just watch this ’72 Cheyenne muscling a 747 down a runway.