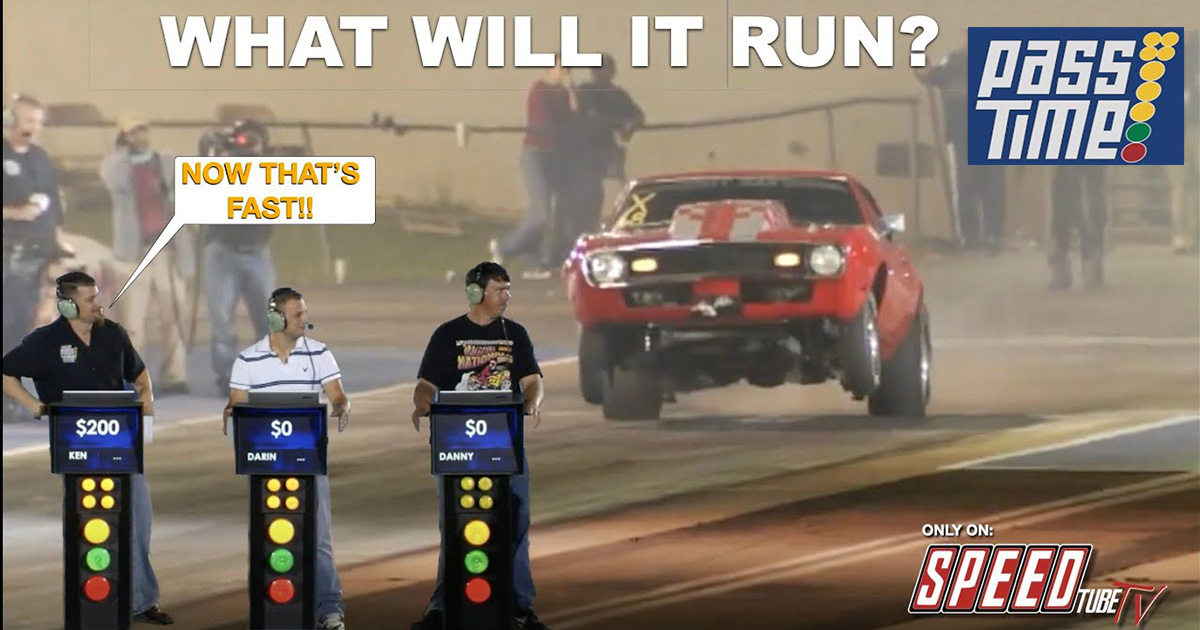 As time goes on, we can’t help but appreciate some of the simpler things in life that maybe we took for granted when they were originally placed in front of us.

For example, the SPEED channel is something that lives on in automotive lore that plenty of folks want back. This particular cable channel made its debut back in 1995 and had a run up through 2013 when the entire network was eventually canceled. Anytime that a TV viewer tuned in to the channel, they would find something to do with cars or racing. This included a variety of reality and game shows that kept us entertained even though plenty were simple in nature. It even served as one of the first-ever TV appearances for some of the most popular Street Outlaws racers.

One of these shows that were a lot of fun to watch was a game show that went by the name of Pass Time. The concept was incredibly simple. Contestants would stand on the stage at the starting line of a drag strip where they would be greeted by a variety of different cars. After being pitched a couple of details about the cars and being allowed to ask a question each, the contestants would continue on to wager their guess as to just how quickly the car would be able to hustle down the quarter mile.

Below, we get to reminisce a bit, checking in with some old episodes of the show that really had a basic premise but managed to keep us all entertained and most certainly guessing for ourselves how quickly the car and question would go. After checking in with these old clips, we can’t help but wonder if someone would consider bringing such a concept back to life.