If you’re like me, you have no idea who Jordan Maron is. Except you actually probably ...

If you’re like me, you have no idea who Jordan Maron is. Except you actually probably do. Depending on your age and parenthood status, there’s a very high probability you or your kids know exactly who Jordan is, you just know him by his YouTube Channel name: CaptainSparklez.

For those who don’t know, Maron’s CaptainSparklez channel is one of the most popular gaming channels in existence, boasting over 10 million subscribers and over three billion – yes, billion with a “B” – views since its inception in 2010. That means Jordan has raked in quite a bit of what most of us refer to simply as YouTube money, affording him the ability to snap up one of Ford’s limited edition GT’s.

To put things into perspective as far as audience goes, Jordan actually has over four times the number of subscribers of late night talk show legend Jay Leno, but you can tell by looking at Maron’s reaction to Leno’s expansive “garage” (it’s more warehouse than garage, trust me) that Leno wisely invested his money over the years, amassing one of the most impressive private collections of automobiles in existence.

Jordan joined the guys from HyperCar for a walk through of Leno’s collection and as would be the case for any gearhead, Maron was simply blown away by the experience. And speaking of blown away, Jordan got to take a ride in one of HyperCar’s builds, a 1,000 horsepower chrome-wrapped McLaren on the streets around Leno’s compound. As you can see, the car looks and sounds absolutely amazing, and once you realize the subtle details about the car that you missed unless you’re a die-hard McLaren nut – and one not-so-subtle detail under the rear wing – it becomes clear just how special the car is.

For those if you who, like me, are just finding out about the man behind CaptainSparklez, welcome to the world or Jordan Maron. We’ll probably be sharing more of his stuff in the future. 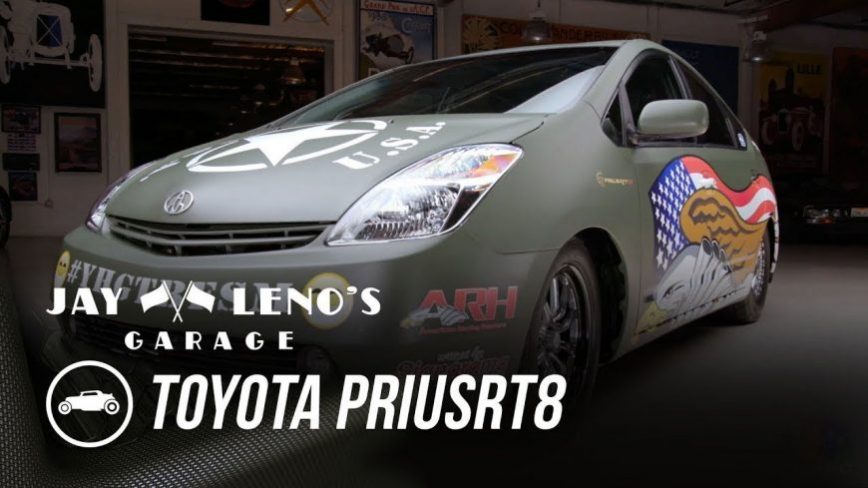