Vixen Vs Daddy Dave – What A Drag Race! 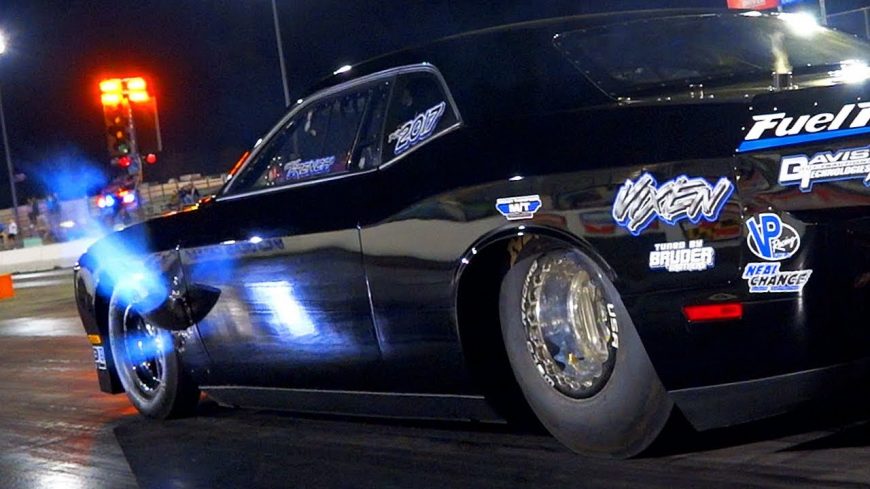 When the Street Outlaws crews loaded up and headed back to Bristol last year for their second race at the famed Thunder Valley Raceway in the hills of northeastern Tennessee, we all know there would be some great racing going down. That’s what happens when you have guys racing for a massive $200,000 purse.

Two of the baddest cars on the property lined up for what would end up being one of the best races of the weekend, and one that announced the arrival of Team Vixen as a legitimate threat to win in the no prep world at any given event.

Vixen, the twin turbo Dodge Challenger driven by Rich Bruder and tuned by him and his brother Nick, made a pretty big splash in the no prep world after the car was built and started making strong showings despite the team bring rookies in this arena. However, this wasn’t even remotely surprising to those of us who know the Bruder’s from their small tire exploits, as they’ve long been known as a pair to be feared and respected, working their butts off to extract as much power and ET as possible from each different combination they’ve ever run. These guys manage to get rules changed every time they build a new combination, so those of us who know them knew they would show up ready to run up front in the no prep world too.

Of course, Daddy Dave has been doing no prep racing, whether it be on the street or the track, for as long as the Bruders have been racing, so he’s hardly one to be taken lightly either. His ProCharged Chevy II known as Goliath makes a ton of power and if there’s anything we know, it that’s Dave can drive the wheels off of anything.

Go ahead and hit the play button below and watch as these two titans clash at Bristol to see who would move on, taking another step toward the huge $200,000 payday! I’ll tell you now, it’s one hell of a drag race!