VW Camper Van Shocks Everyone on the Race Track 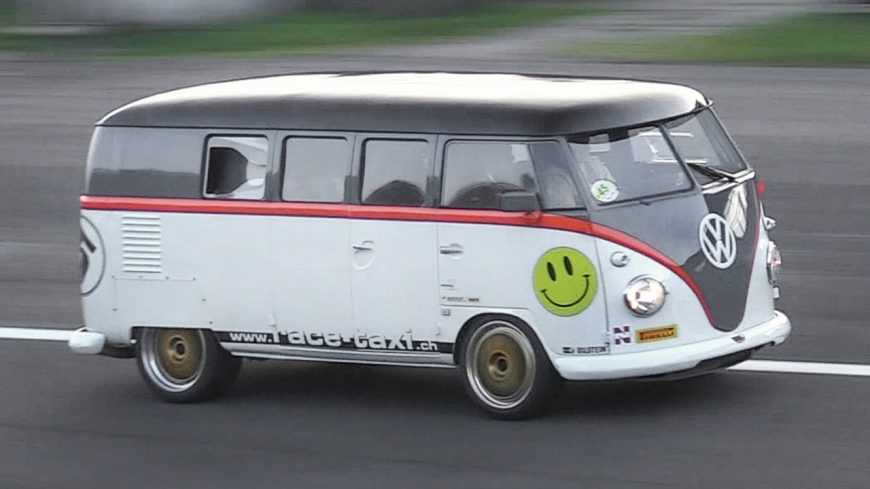 There’s something really special about an unsuspecting vehicle going fast it can catch us off guard. Don’t get us wrong, speed is speed. No matter where it’s coming from we can certainly respect a good build. However, there’s something that demands attention when we see a Volkswagen Campervan ripping around a racetrack. With a scene like this, it might take the brain above a moment to comprehend what exactly it is that’s happening. We would expect to see a vehicle like this putting along on the road and housing to a couple of hippies who are looking to go camping. The racetrack just doesn’t seem like its element.

This time, however, the camper in question has a little bit more juice powering it. With the help of a Porsche 993 Turbo engine, this van makes the ultimate sleeper. The machine usually affectionately known as a “hippie bus” has been pumped up just a bit to the point where it’s created internet mayhem. The bus was spotted at a charity event by the name of “6 Ruote di Speranza” at Monza Circuit. The event was designed to “give people with disabilities an unforgettable day” by allowing them to ride in vehicles like this. We think that “unforgettable” is a great way to describe this VW!

We’re following along with the video below, we get to take a glimpse at the incredible Race-Taxi. This is certainly one that’s going to make the vast majority of bystanders have to do a double take. The project that took five years to complete is currently sitting at 530 hp. That’s a far cry from what the Volkswagen T1 had originally offered when it rolled off of the showroom floor. We have to admit that watching this thing is a load of fun. We would love to spectate as it takes laps all day!