Wake Solo: The Future of Wakeboarding?

Wake Solo: The Future of Wakeboarding?

As a wakeboarder, there are several essentials that you need before heading out. If ...

As a wakeboarder, there are several essentials that you need before heading out. If we’re completely ignoring all of the equipment that you need to buy and the boat, you’re also going to need not just one but preferably two other people to go along with you. One of them will act as the driver of the boat or jet ski and the other will act as a spotter to make sure to tell the driver if you should happen to go down in the water.

This time, we catch up with an inventor whose crazy idea might just work as he has created the ultimate jet ski as it doesn’t even need an on board pilot to control itself but instead can be controlled from somebody riding behind with a set of their own controls. In a lot of ways, this reminds us of a creation put together by Colin Furze and we have to say that both of these machines both have their nuances that make them look like a blast.

Ride along in the video below that shows off the ski that can be operated by a custom made tow rope that would allow a wakeboarder to ride around solo, losing the need for them to have two other people on their journey with them and allowing them to head out to practice or have a little bit of fun by themselves. If you’re a loner and also want to head out for a day of fun on the water then this might just be the invention for you! Now, as you can imagine, building something like this might come with just a couple of challenges so hop into the video below to see exactly how this ideal solo wakeboarding machine came to be a reality. Would you dare to take this thing out in the water by yourself?

Wakeboading Behind a Boat - With Nobody Else on the Boat 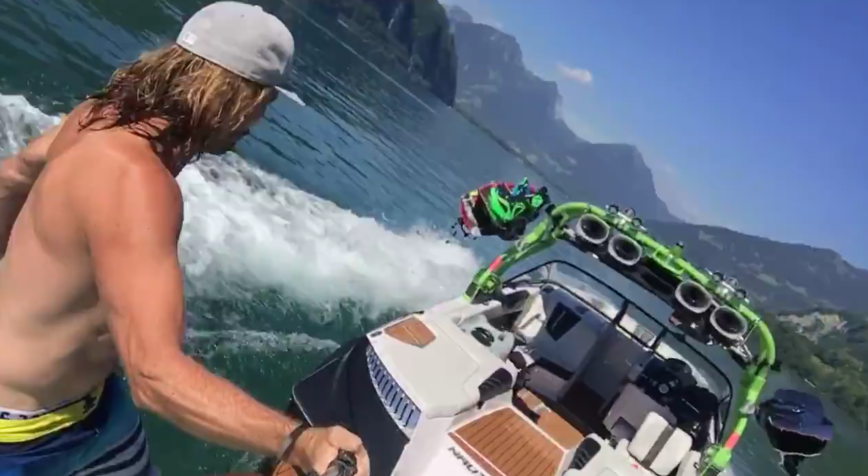