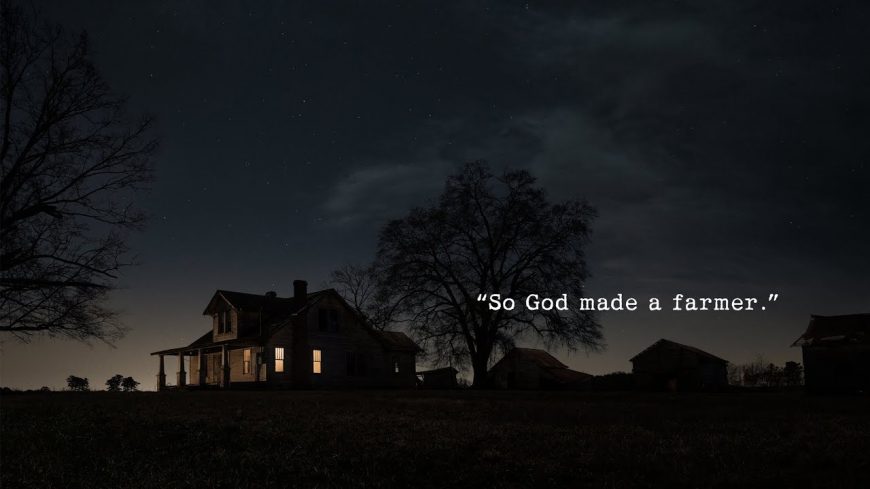 It’s pretty clear that the Fiat Chrysler group, responsible for the Ram and Jeep brands among others, has found its niche in advertising. If their Super Bowl commercials are any indication, and the target is your heartstrings. Over the past couple of years, their commercials during the big game have really tapped into the emotions and tried to capture the pride of blue-collar communities.

Last year, that would come in the form of the “Farmer” commercial (below) which played the audio of Paul Harvey’s 1978 “So God Made a Farmer” speech. Basically, the idea was to position the brand around pride in hard work. Naturally, these are two obvious cornerstones of the roots of the pickup truck.

This year, they were back at it again under the Jeep brand with “The Middle.” The commercial would bring a similar vibe to the table with a different message.

Once again digging into the appeal of simplicity of rural America, Bruce Springsteen, worth roughly half of a billion dollars, narrated the commercial about a tiny chapel in Kansas. The commercial speaks on unity with the main theme of finding common ground. The speech in and of itself does its job and certainly sends a positive message that we all need in these tough times.

However, it seems as if viewers were a bit upset about the man behind the words.

As of the writing of this article, about a third of those who rated the clip on YouTube (10,000) have shown disapproval of the ad with a “thumbs down” on YouTube while roughly two-thirds (22,000) have given it a thumbs up. The comments spell out an entirely different situation, though, as those ranked the highest seem to criticize the narrator a good bit.

Some point out the idea that Springsteen had promised to leave the country and move to Australia if Donald Trump was reelected. Others pointed out a quote from his podcast where Springsteen suggested “It is time for an exorcism in our nation’s capital.”

Regardless of support for one candidate or the other, I think that most would probably agree that someone threatening to leave the country following a democratic election isn’t exactly in “The Middle” as the commercial suggests.

Had Jeep chosen a different narrator, we highly doubt that there would be such a massive reaction.

So, was this an exercise in tone-deafness from the marketing team? Was the ad run on purpose to create a stir? Is everyone just making a big deal over nothing? The answer to “The Middle” is certainly one that will highly depend upon the eye of the beholder.

« The Classic Mercedes That Could Be The Best Sleeper