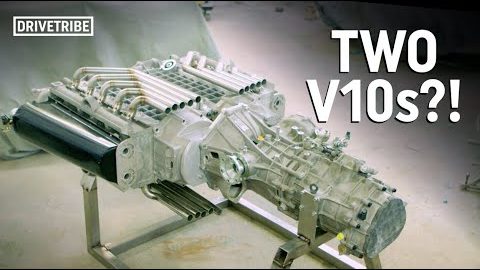 In the world of automotive modification, there are a lot of people out there who strive to be different. This is definitely something that’s easier said than done. In the scheme of things these days, lots of creativity is being broadcast across the internet which makes things even harder. Finding your very own way to stand out and be unique not only requires a vision but also a level of know-how to really make it impressive.

In the world of engines, this is even more true. In order to be creative in this world, we will find lots of people who engine swap out various platforms. With this concept, they find a new power plant from a different corner of the world to power their ride. However, what if someone could have the opportunity to get their hands on a completely new and unique engine? It’s simply an opportunity that doesn’t come up and when it does, generally, it’s because that individual is handy with fabricating and actually made their own.

This time, we check in with one of those situations in which a new power plant was fabricated. Essentially, what we have here goes by the name of an X20. As the name insists, the cylinders are firing in an X-shaped pattern. This comes about when two V-shaped engines are combined at the rotating assembly. A pair of V10s was horizontally opposed and brought together in order to form this monster of an engine.

Behind the engine, we find a six-speed manual pulled from a Lamborghini Gallardo to get the power to the ground. This definitely seems like something that would come with its fair share of trials and tribulations. Down in the video below from Drive Tribe, we learn a little bit more about what it means to implement such a combination in the real world.