What Truck is Best For The Snow? Raptor vs Dodge Ram vs Chevy Silverado vs Mercedes 6×6

What Truck is Best For The Snow? Raptor vs Dodge Ram vs Chevy Silverado vs Mercedes 6×6

With much of the country plunged into a veritable deep freeze as of the past few ...

With much of the country plunged into a veritable deep freeze as of the past few days, there’s a lot of truck owners getting into the feeling of the season and taking their rides offroad to play in the snow. While most of them likely have some experience in this are, there are a lot of first-time truck owners that have either never had the opportunity to take a truck off into the snow or they have different trucks that are totally new to them as far as capabilities go. This video takes a look at a few of the most popular trucks on the road, along with what equates to bonus footage of a less-common offroad powerhouse.

Ford’s F-150 Raptor has certainly made a huge impact since it’s arrival a few years back. Offroad enthusiasts have flocked to the blue oval offering thanks to its function-first philosophy, although the truck certainly still has a lot going for it in the form department as well. The truck does have some minor struggles navigating the frozen ground, but it seems likely that any ride would have had a hard time driving on what equates to muddy ice.

Up next, a Chevy Silverado with the driver slinging some huge snow donuts – would those be snonuts? – while the camera girl giggles at his antics. This guy knows how to have a good time in the snow, and the Silverado has no problem doing exactly what the driver asks of it.

Next, a Ram Power Wagon powers up a pretty gnarly hill through what looks to be well over a foot of snow. It takes a couple of tries, but the truck really doesn’t struggle at all. Another Ram follows in the Silverado’s tire tracks and whips some snonuts too, showing the Dodge Ram to be both capable and fun.

Finally, before rejoining the Raptor for some snow shredding fun, we check out a Mercedes Benz 6X6 having plenty of fun in the fluffy white stuff as well. This is a very capable offroad machine that has no problem muscling through the snow despite what looks like a couple of feet of frozen precipitation to deal with.

Which do you think would be the most fun in the snow?

Off Road and Drifting on the SnowFord F150 vs Dodge Ram vs Chevy Silverado vs Mercedes G63 6×6 Credit: Cars vs. Cars

Posted by SpeedShed: Trucks and SUVs For Sale on Friday, February 3, 2017

This is Why You Don’t Jump a Stock Dodge Ram 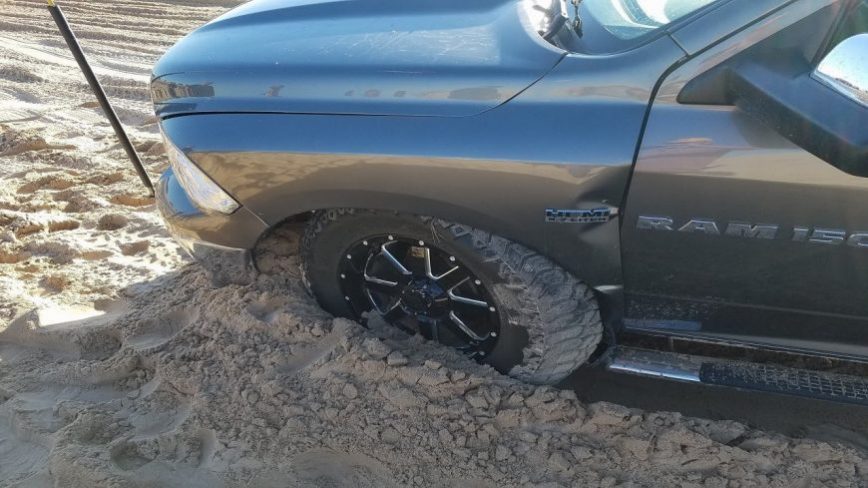