What’s Inside A Mercedes S-Class Seat? 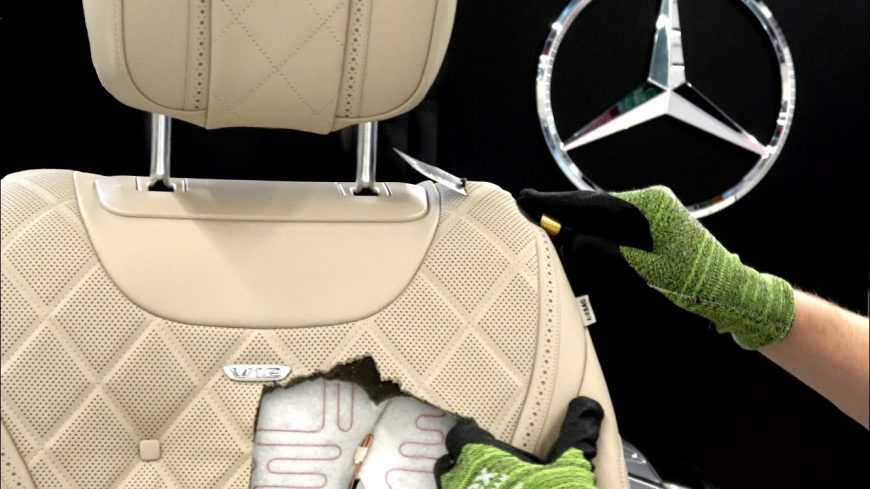 With outlets like the What’s Inside YouTube channel, we get to see some incredibly interesting dissections. There aren’t too many people who have what it takes to cut into a brand new Mercedes-Benz seat, let alone the seat from a brand new S-Class, a piece that, if the features were any indication, probably costs a pretty penny. When you factor in the Mercedes tax, long story short, this probably wouldn’t be something that the majority of people could afford to cut into but this time, we get to see exactly that.

Straight from the start, we have to admit that we’re impressed as we get a tour of what exactly one could expect from one of these seats from the materials that they use for support and comfort all the way to the innovative hot stone massage feature that, while it looks nice, could potentially put you to sleep while you’re driving. With each and every step though, it simultaneously makes you interested to see exactly what’s going to be inside of the seats along with being a bit sad to see that one is going to be destroyed! We think that you’ll quickly forget that sadness once the cutting begins, though.

If you follow along with the video below, you’ll be able to tun in and see exactly how some of the most advanced seats in the industry look from the outside and eventually, the inside. After checking something like this out, it almost makes you want to hop behind the wheel of a vehicle like this just to see how it feels on your back when you slap on some of those massaging features. It might’ve been something that you never thought that you’d want or need but after digging into it, you may just be having a couple of second thoughts.

« Wooden Pistons: Will It Work Or Not?