They Put Wheels on A Supercharged Snowmobile. She Rips! 200+ HP

They Put Wheels on A Supercharged Snowmobile. She Rips! 200+ HP

As we become more familiar with the crew at the Grind Hard Plumbing Co YouTube ...

As we become more familiar with the crew at the Grind Hard Plumbing Co YouTube channel, we’ve learned that they really like to have a good time. No matter what the vehicle is, it seems like they will chop it and modify it to make it go fast. One of their popular projects surrounds modifying Power Wheels with gasoline engines and custom parts. However, that isn’t where the fun stops. It seems like these guys try to carry out all sorts of different creative ideas that surround lots of horsepower. These ideas are the ones that will almost guarantee to make viewers want to go and rip on something themselves.

This time, the vehicle at hand is none other than a snowmobile. As you might’ve guessed, it’s not just any typical snowmobile, though. Instead, this thing is modified in more ways than one.

For starters, the rig is supercharged. Just that alone sounds like a ton of fun. We’re told that the Yamaha makes over 200 hp. Factoring in how light something like this is, that has to be a blast to open the throttle on. In addition, the modification only gets more extensive from there.

Normally, with a snowmobile, we’re obviously used to the front being controlled by skis. As the skis tilt back-and-forth, the snowmobile will be able to drive in whatever direction the operator sees fit. This time, however, the skis have been removed in favor of a couple of wheels. This is because the snow is nowhere in sight. Instead, the guys just wanted to take this thing and rip on it through the woods.

By following along with the video below, we get to go on quite the adventure. It’s an absolute blast to watch as the Yamaha absolutely shreds through the dirt, making the most of elements. 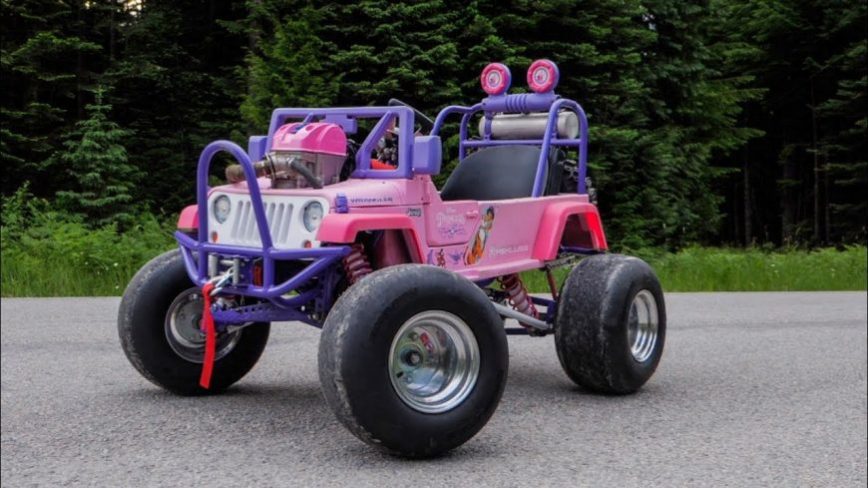