When Someone Tries to Steal your GT-R 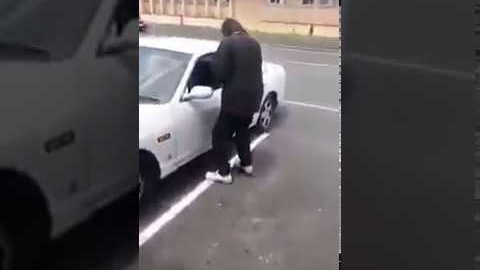 Having a car stolen is a position that nobody wants to find themselves in and when it happens, you need to act fast to make sure that the damage is minimized. This time, we check out a situation in which a car that appears to be an older generation Nissan GT-R looks to be under attack!

When the owner found out that his car had some unwanted eyes and fingers on it, he would head out to see what the deal was and before the man breaking into the car could even react, the owner threw a swift kick to the side, knocking the man on the ground.

Now, I’m not really sure why you would be trying to break into somebody’s car but in any case it looks like this car’s owner is really letting him off easy. For a lot of people who would’ve found someone trying to break into their car, they wouldn’t have let the criminal off without doing a little bit more vigilante justice serving first.