When Their Biggest Rival Is Coming To Town, Bama Pulls Out All The Stops To Dry The Field 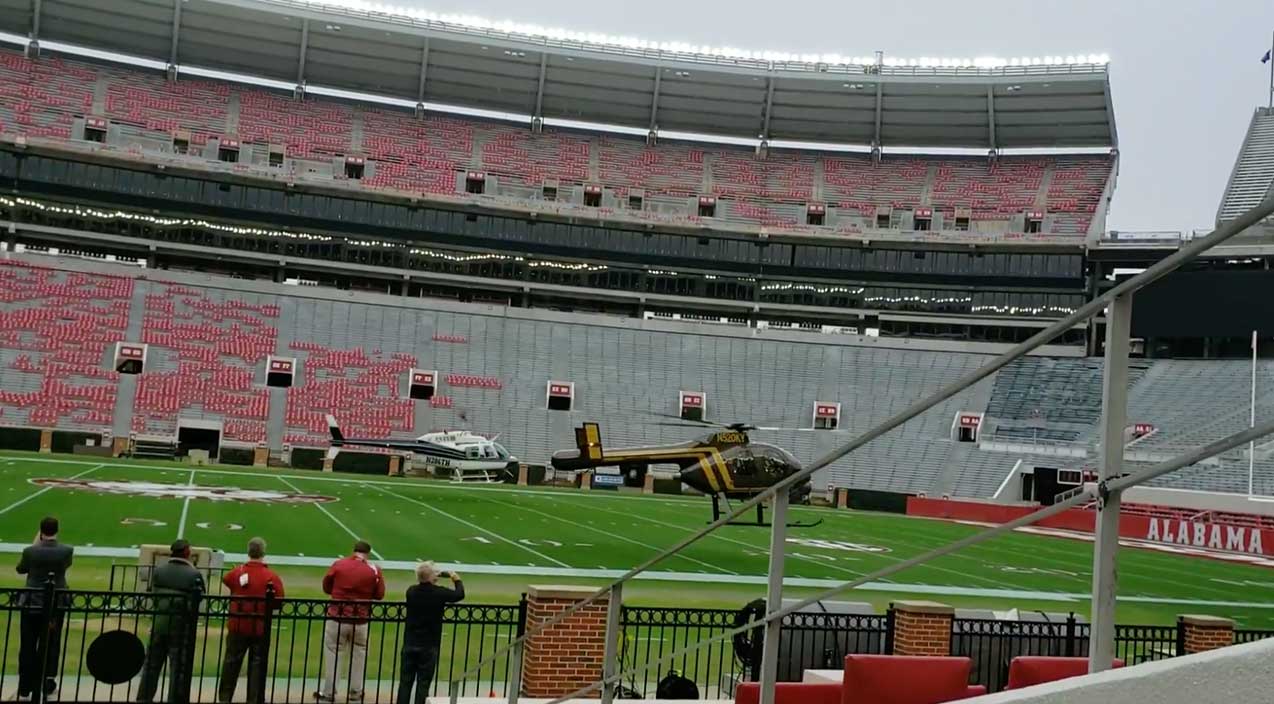 Being a writer for an automotive network, It’s not often that I get to write about my other passions, but sometimes worlds collide and I get to share a little about some of the other things I enjoy.

I’ve mentioned in the past that I was born and raised right here in the state of Alabama. While we have plenty of drag racing action here in the Heart of Dixie, we literally have zero in-state options when it comes to professional sports. Sure, we have the Titans in Nashville and Atlanta has a trio of pro teams, but as far as our own state goes, we just don’t have a large enough city to support a pro team. What we do have, however, is the University of Alabama.

In the decade since Nick Saban took over as head coach of an admittedly mediocre program, Bama has returned to its place as one of the most dominant programs in college football, winning 5 of the last 11 national championships and sending dozens of talented young men to the NFL. As the closest thing we have to a professional football team, Bama football means as much to us as just about any pro team means to it’s rabid fan base, and we as fans take things pretty seriously.

Last weekend, Bama’s cross-state rival Auburn came to Tuscaloosa for the 83rd renewal of the Iron Bowl, the name given to the annual clash between the perennial powers. Even when Auburn is having an “off” year, the Iron Bowl can go either way, so when the state was doused with rain showers all day Friday before the big game, the powers that be at Bama made some calls to help dry the field before game time.

They didn’t bring in a swarm of grounds people with leaf blowers or rig up some kind of massive squeegee. No, only the best will do for Bama and it’s iconic Bryant-Denny Stadium. Instead, a pair of helicopters flew into the stadium and hovered just above the natural grass turf, using the wind generated by their propellers to speed the drying process by a great deal.

The field was still a bit damp at kickoff, but it was in much better shape, as evidenced by the thorough butt kicking my Crimson Tide delivered to the Tigers. Next year, the game will move back to Auburn, who would be more likely to bring in a herd of cows to stomp out the water, since they will forever be known as Bama’s little brother.

It's not every morning you see helicopters drying the field at Bryant Denny Stadium!!!!!!