It seems like, no matter what antics are happening over on the WhistlinDiesel YouTube channel, fans just can’t seem to look away. The more catastrophic the outcome, the more entranced we all seem to be as we watch, waiting to see what’s going to happen next.

The crew behind the channel really seems to push the limits, trying to figure out just what platform they can make the most of next. We might even dare to say that they serve as pioneers of sorts. After all, there aren’t very many people in the world who have the guts to push these clean machines, some of them high-dollar, to the point of their destruction.

This time, the victim of the latest WhistlinDiesel idea is none other than an old school Chevrolet. When the video starts out, the square body Chevrolet C10 looks like a pretty nice rig. For those who have tuned into the channel before, though, they probably suspect that it isn’t going to stay that way for long. For those who carry this point of view into the video, they would eventually be validated as the video would play out and the truck was used and abused to the max.

For those who love the body style of Chevrolet, they might have a part of them that’s hurting inside after this one. The whole idea was to load the truck up with lumber until it would meet its breaking point. As the suspension of the truck buckled under the weight, more and more tree trunks would be added to the top until it eventually was ripped to pieces.

For the square body fans among us, we would probably proceed with caution. For everyone else, though, grab that popcorn and brace yourself for the destruction that’s sure to come in this one.

Sherp Owner Challenges WhistlinDiesel - "If You Get it Stuck, You Can Have It!" 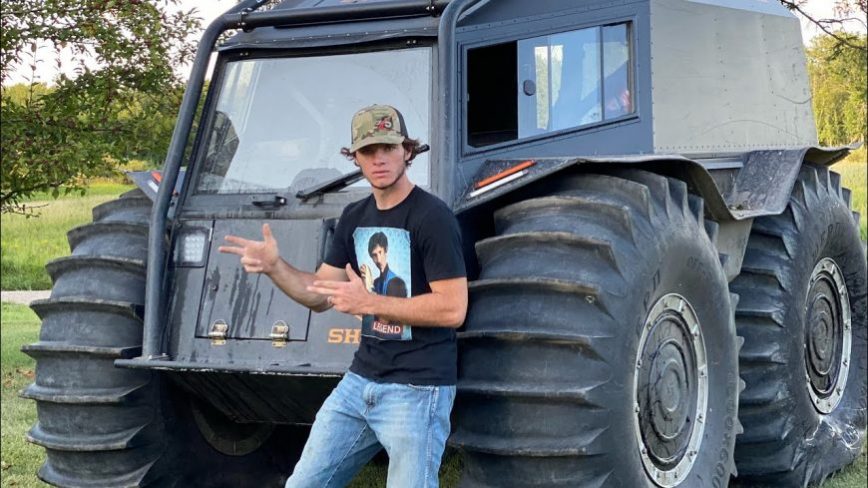