Doug DeMuro Argues the 2020 Supra Could be Better

Doug DeMuro Argues the 2020 Supra Could be Better

For those who want to talk about the controversy in the automotive community, look no ...

For those who want to talk about the controversy in the automotive community, look no further than 2020 Toyota Supra. First and foremost, it’s important to note that the Supra revival has been a long time coming. Ever since the nameplate fell off of the face of the earth with the 1998 model year, enthusiasts have been clamoring.

Just about everybody who has been a fan of the Supra has wanted to see this thing come back. In the model year 2020, we are going to see this return. It’s important to make a note that no matter how great this thing is, there’s obviously going to be a little bit of blowback. That just comes with the territory of the suspense and buildup over more than 2 decades. The last generation has become a legend, after all.

Now that the Supra is beginning to fall into the hands of journalists, it’s time for the push to come to shove. We’re finally going to get to pick this thing apart and see exactly how well BMW and Toyota did on the revival. That’s right, as many of us have come to learn at this point, the car is a collaborative effort. This will queue up a little bit more controversy as opinions really begin to fly.

This time, revered journalist, Doug DeMuro has the opportunity to dig his claws into the latest. With this review, we get that familiar Doug style that we’ve come to trust. In the meat of the video, he gives us the top to bottom rundown of the latest Supra offering.

We also learn different facts such as how the car is only offered in automatic. He touches base on how the engine only produces 335 hp as well. This is a fact even though the same exact engine in a comparable BMW makes 45 more horsepower. All of this seems to be a byproduct of Toyota and BMW seemingly wanting to leave the door open for aftermarket tuners. It’s a bold strategy but isn’t hard to see where they’re coming from.

With this review, we get quite a unique perspective on what the new Supra has to offer. It seems like the brand is kind of blazing a new trail with this one. 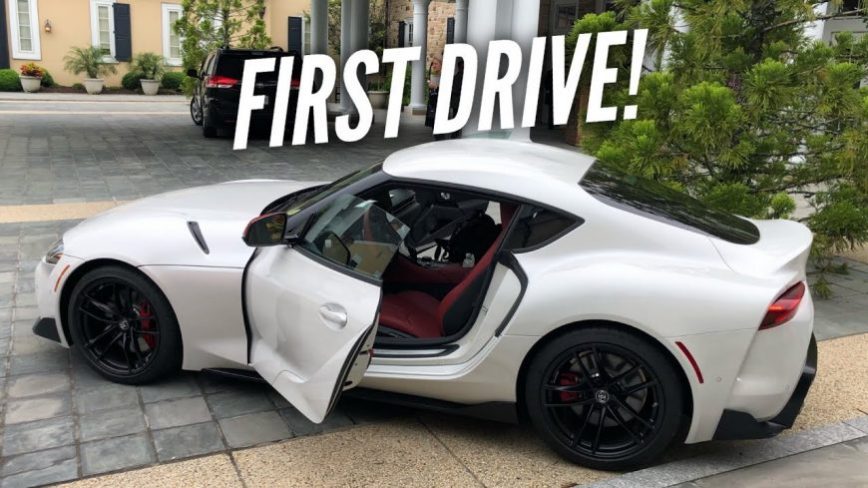