Why a Cheap Bentley Might Not be the Right Play 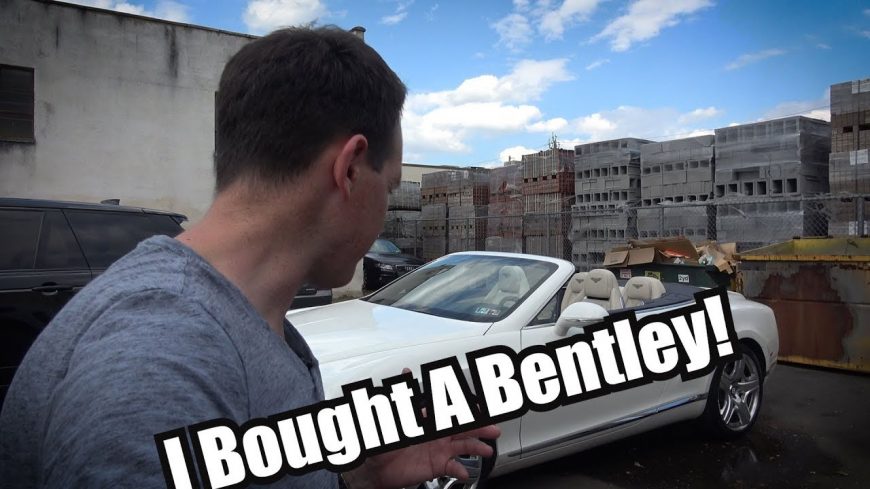 Even for those who find themselves financially in a position to purchase an exotic vehicle, it doesn’t necessarily mean that they want to throw away money. Spending six figures on a car is a massive investment. With these massive pricetags might also come the urge to try and cheap out. After all, a lot of these things are pretty similar. What difference could a couple of years possibly make? As it turns out, the answer to that question is actually a big difference. Sometimes, just a year or two within the same generation could be night and day.

In this one, we follow along with Rob Ferretti as he gives us the fine details of what it’s like to buy a Bentley. Now, at half of the original $250,000 price, the particular car that he’s showing us in this video seems like a bargain. However, Rob probably could’ve gotten a very similar looking car for a fraction of that price. Why would he choose to spend more money on a vehicle that similar?

As it turns out, by purchasing a vehicle this is a couple of years newer, Rob was able to avoid picking out a car that has features that he says are from the Stone Age. This could be a good way to tank the car’s value. We might think of brands like Bentley as always being cutting edge and including the best of everything. However, even the most prestigious can slack on upgrading from year-to-year sometimes.

By following along with the video below, we get a lesson on why it’s important to do your research before purchasing a vehicle. By spending a couple of extra bucks, you might have a higher cost to get in the door. However, this could include not only better features but also better resale value. A lot of the time, resale value isn’t something that’s at the forefront of a purchase decision. However, spending a couple of extra dollars could be the smart move. In the long run, it could pay off multiple times over!