Why is the new Rolls-Royce Cullinan the Most Expensive SUV in the World? 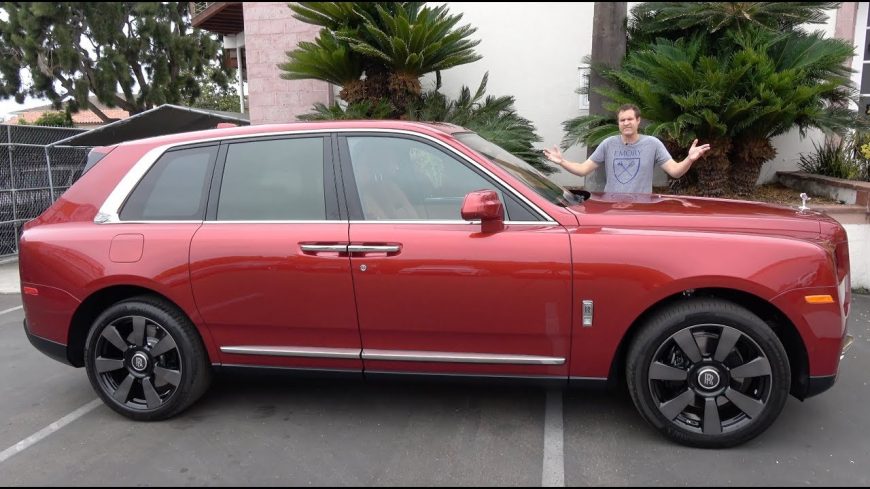 In a day and age were technology seems to be aiming Toward making things a little bit smaller with the same efficiency, it seems like the automotive industry is going the opposite way with design as people are seeking out bigger vehicles to fit their needs. Because of trends like this, you see companies like Lamborghini pumping out SUVs where they previously probably wouldn’t have even considered something like that… omitting the LM0002 from way back in the day, of course.

As time rolls on, though, you see that more and more companies that have become synonymous with one sort of vehicle, such as Rolls-Royce, the company that goes hand in hand with producing the highest of high-end luxury machines, have since jumped on board of trying to pump out SUVs themselves. With these changes in market segment, it can be pretty interesting to watch because it could be either massive success or a huge flop that’s waiting over the horizon. It’s always interesting to see just how vehicles like this catch on and how a brand that has been known for one type of vehicle interprets a whole different machine.

If you follow along down in the video below, you’ll be able to catch the action is Doug DeMuro digs into the latest Rolls-Royce, an SUV by the name of the “Cullinan,” a machine with a twin turbo v12 boasting 570 horsepower, that hasn’t had an official price announced but is speculated to fall somewhere in the $300k-$400k range. That would officially make it the most expensive production SUV to ever hit the streets. Will all that this upper echelon SUV has to offer be worth the astounding price tag? Well, I guess when it officially is released to the public, time will tell that story as we’re sure that the market will know just where to put this thing.