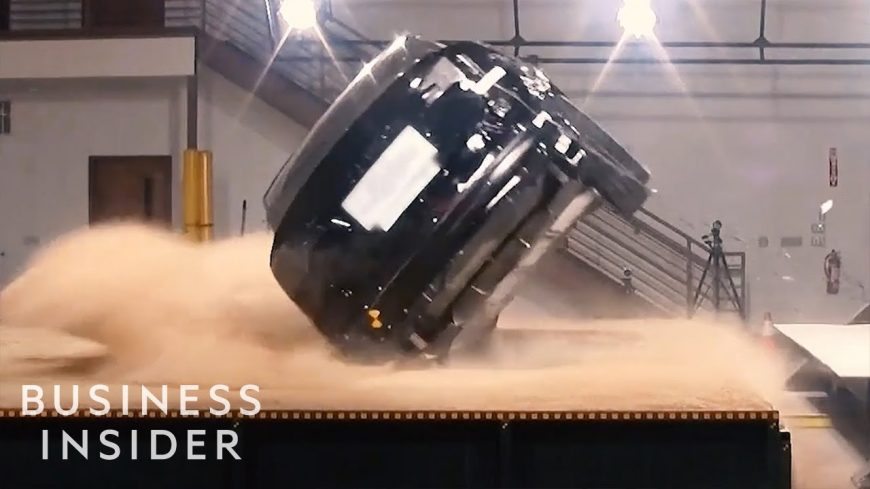 When common thinking is applied to the situation of vehicle safety, most folks would probably be so inclined to have the impression that bigger is better. The experts tend to agree with this very sentiment. Obviously, you can’t paint the whole industry with one brush, but generally speaking, the trend holds true. However, when it comes to bigger trucks and SUVs, there is one other factor to consider in such a situation. While these vehicles might not be as prone to sacrifice safety in an impact when the scenario isn’t considering an impact but instead a rollover, the bigger vehicles tend to show some holes in their plan to keep occupants safe.

If safety is one of a consumer’s top concerns, looking in the direction of the Tesla Model X might just be the way to go. In fact, the Model X is the first SUV to ever receive the perfect safety rating from the IIHS, meaning that occupants who decide to hop on board this thing can proceed through the highways with great confidence. Nothing is perfect in this sense but when it comes to trying to make sure that the people on board are going to survive the accident, the Tesla SUV is about as close as it gets.

By implementing larger crumple zones along with rigid construction components that attempt to take more of the force of an impact off of the occupants and apply it to different sections of the SUV, the Tesla really is in a class of its own. By following along with the video below from Business Insider, we get a sort of sense of what it is exactly that takes an SUV that would otherwise be traditional outside of the electric component and makes it one of the safest that you will come across. Just when you thought Tesla couldn’t get much better, they do it again!