Mr. Regular Gets His Hands on the Wicked Turbo LS Powered Winnebago!

Mr. Regular Gets His Hands on the Wicked Turbo LS Powered Winnebago!

When it comes to what’s powering our rides, a lot of people will argue that the ...

When it comes to what’s powering our rides, a lot of people will argue that the LS swap is played out. As somebody who does tinker with LS-powered vehicles, I think that just about anybody can admit that there are a ton of these swaps out there. However, regardless of if someone is one of those people who is frivolously hating against LS power or someone who is in love with it, I think that a build like this can really break down the walls and make just about everybody fall in love no matter what their opinion on these engine swaps. It’s just one of those things that is really hard to not smile at when seeing it rolling down the street, whistling away.

In this one, we see none other than a turbo LS powered Winnebago as it makes its way through the streets. In terms of engine swaps, this one might not be the fastest to ever live, but the cool factor is oh so real. I don’t think that there are too many folks who would be able to walk past a motor home, knowing that it’s LS swapped, without wanting to see how it was done or what it looks like when it’s in motion. Long story short, these guys get an “A” for originality as this is one that demands attention everywhere that it goes.

By following along with the video below from Regular Car Reviews, we begin to see exactly what such a crazy concoction ends up looking like when it makes its way to the physical world. In turn, the commentary from Mr. Regular makes the already fun contraption even more of a blast! Honestly, after seeing what this thing has to offer and getting a little bit of a taste of it, we have to admit that we’re raring ready to see it make its way down the drag strip. 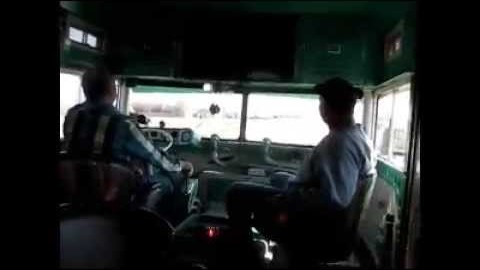