In pretty much every state across the country, there’s a law that says that if ...

In pretty much every state across the country, there’s a law that says that if you see an emergency vehicle, including tow trucks, on the side of the road, that you’re required to hop over a lane if you can manage to without getting into an accident in the process. Out of all of the laws that are in place, this might be one of the least controversial and one that makes a lot of sense. After all, things are incredibly dangerous on the side of the road with cars speeding by and something like a small distraction could really end up evolving into a situation that could potentially be fatal.

If you want to see with your own two eyes exactly what could happen, this situation pictured is exactly why laws like this are in place. As it just so happened a disabled car on the side of the highway was getting a little bit of help from a tow truck with plenty of people having their hands on board in order to help, however, everybody in the situation would immediately be put in jeopardy as another car would come in hot, failing to see the stoppage on the side the highway which would lead to the Lexus barreling straight into it!

The rear facing camera on the tow truck was rolling as it all happened and parts went flying absolutely everywhere. You even see a wheel and tire bouncing to the air and onto the back of the tow truck, all of which went down before anybody could even have time to react, meaning that several people went flying in the process. Luckily, however, it doesn’t appear as if any major injury occurred as a result of the incident.

I would be so inclined to say that the folks who you see here ended up getting incredibly lucky because if this thing just went slightly differently, this could’ve been an entirely different outcome in the worst way possible.

This Is Why You Wear A Helmet Any Time You Ride! 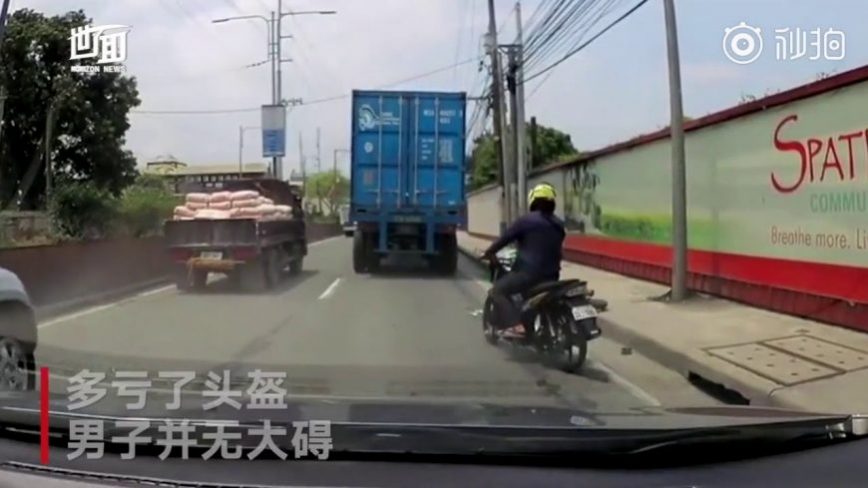