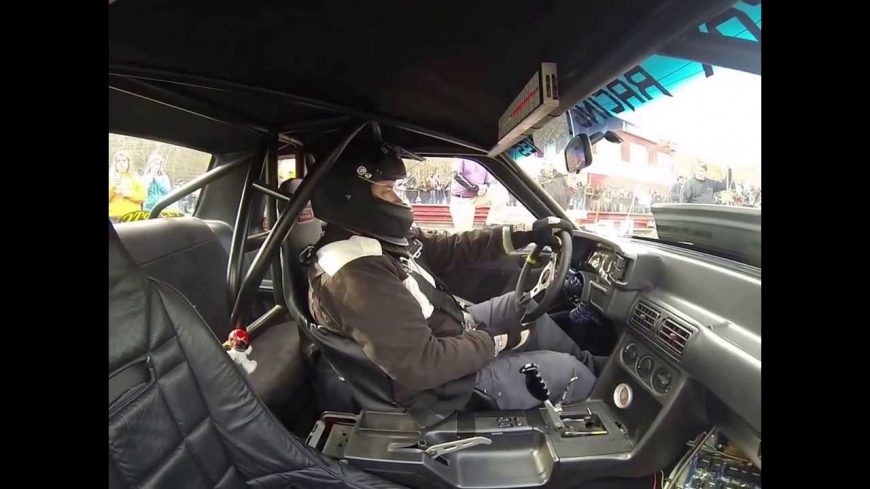 When it comes to racing in any capacity, the danger of a crash is always a part of the equation that the driver has to consider before hopping behind the wheel and during every decision that they make during the race.

This time, we catch up with Jon Baker during a race in Tennessee when his equation didn’t quite balance out and he ended up going for a wild ride as a result.

We watch as the car bumps into the beams and launches hard, but before Jon knows it, he’s going for a wild ride, trying to regain control of the car and not having such great luck.

Check out the video below that shows a passengers point of view as a GoPro camera was on board and recording the entire rollover incident.