Will a Gas Engine Run on Isopropyl Alcohol? Let’s find out! 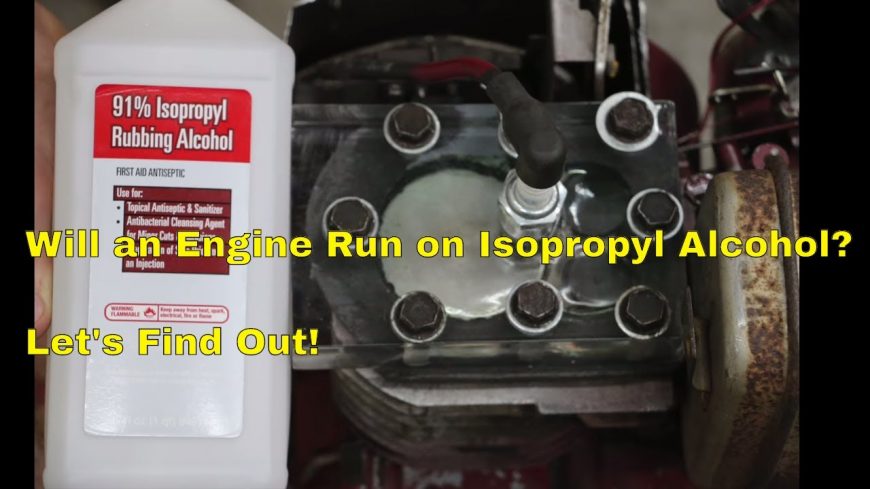 When you take a look across the landscape of YouTube, there are all kinds of different experiments that test out variables that you would’ve never even thought of in first place but when they come to life in a video, the end up being so interesting to watch that you can’t peel your eyes from the screen. With channels like Project Farm, you get to see engines put through their paces with a variety of different variables called into question. You never know what to expect as sometimes, they will throw something like a cylinder head made completely out of wood or maybe even a random chemical trying to fuel an engine into the mix.

This time, we’re checking out the latter as Project Farm takes on a lawnmower engine and attempts to fuel it with isopropyl alcohol. While, in theory, it should work as fuel, it really leads one to question just how reliable something like this could really be and if the fuel is going to burn in the same way as a conventional gasoline, giving the operator peak efficiency all while making sure the parts are able wearing at a minimum. High temperatures or a shaky idle could be a cause for concern that could do damage or make an engine like this conk out altogether and refuse to run to get the job done.

Check out the video down below to see how this alternative fuel source does in powering a lawnmower. At the end of the day, it ends up looking like it did a lot better than one might have expected. Sure, it might not have sounded like it was running as smoothly as it possibly could as if it were powered by normal gasoline but I think that alcohol did an exceptionally good job of making power with this machine. It also looks like the internals were a lot cleaner after burning their newfound fuel source.

« Taking Grandpa For a Ride in a 800HP Toyota Supra