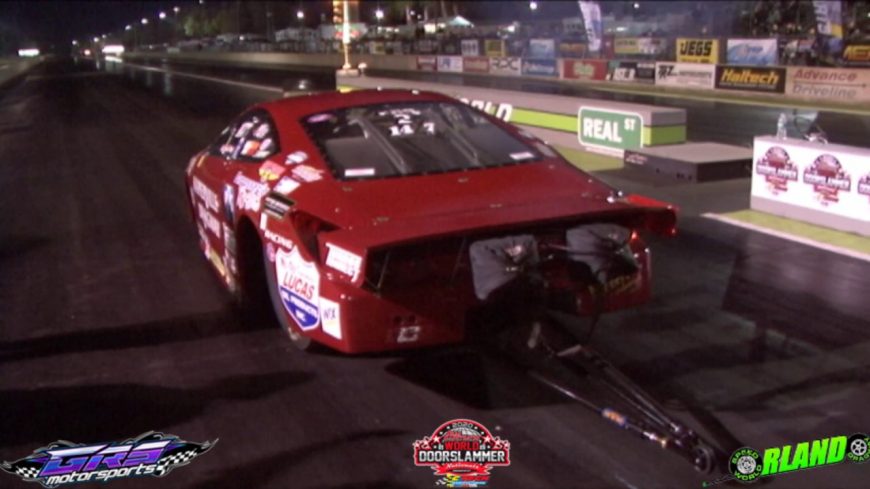 To the untrained eye, it might seem like drag racing is simple. Some just see it as getting from one point to another with a ton of power.

However, over here, in reality, we realize just how challenging it is to go fast. The faster we get, in fact, the more difficult it is to trim time off of a pass. It really gets to the point where every hundredth of a second matter and it’s going to cost you. What these goals don’t cost in money, they’ll cost in time and frustration.

For just about anybody who has built a machine dedicated to drag racing, they can appreciate when a record goes down. It seems as if every platform has its own nuances and records that follow. Other records, however, are more straightforward and simpler. These records showcase cars that simply dominate the field and stand tall over all competitors, no matter what their combination.

This time, the record up for discussion has to do with the number of cylinders under the hood. That’s right, in this one, we take a look at the overall record for cars with just four cylinders. Whoever said that there’s no replacement for displacement obviously hasn’t looked at this list. Some of the competitors are getting the job done with times that will blow your mind.

This past weekend at Drag Illustrated’s first-ever World Doorslammer Nationals, Carl Brunet would stake his claim atop the list. The four-cylinder machine would rock down the quarter-mile in just 5.95-seconds at 230.8 mph. The GM Ecotec combination under the hood was absolutely screaming as it turned air and fuel into power.

By following along with the video below, we get to join in on the action and excitement firsthand.

« Alex Laughlin Wins $50,000 in First Ever Stint With New Car at Doorslammer Nationals