This Thing is Tiny! – The World’s Fastest Fiat 500 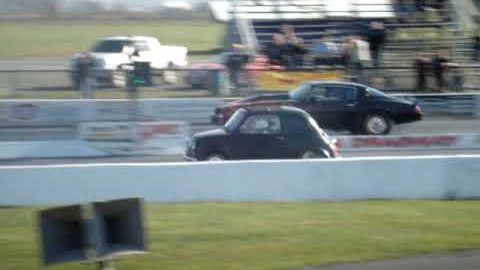 There have been a lot of interesting cars that have rolled off of assembly lines across the world. When we look at different regions of the world, vehicles are designed in completely different ways. Sometimes, these differences come in the quality of engineering. Other times, though, the difference might be so wildly different because of culture.

For example, here in America, the current trend is everything that is big and bold. Americans just seem to love this massive vehicle lifestyle. In other areas of the world, though, this might not be so true. It might not be a particular case in this example but in some areas, incredible population density means tiny vehicles or a lack of vehicles altogether.

This time, we check out one of the smallest machines in the car world. For those who thought that Fiat cars were small today, they should take a walk into a time machine. Back in the day, a Fiat looked almost like shifter kart that was street legal. When most average height people stood next to one of these things, it would look like a child’s toy. However, the car was and is very real. In fact, there are many Fiat enthusiasts to not only restore these things but also try their hand at customizing them. Sometimes, we see enthusiasts who try to race them.

By following along with the video below, we get an up-close and personal view of the worlds fastest Fiat 500. Honestly, this thing could’ve run a 20-second quarter mile and we would’ve been impressed. There is just something about watching this tiny car in action that really captures our attention. Seeing it run a record pass is all that much more impressive as we get to see what somebody could really do when wrenching under the hood of such a tiny car.