Take A Closer Look At The World’s First Built GR Supra (It Has A 2JZ Swap!) 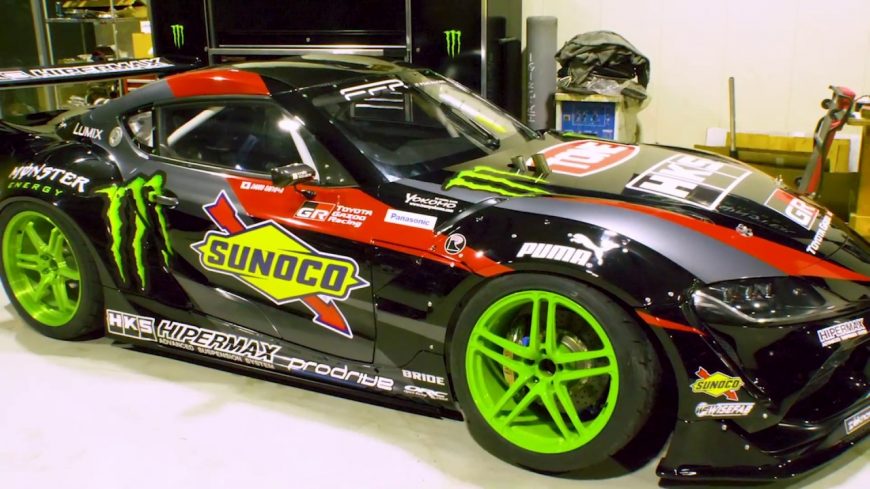 A week or so ago, we saw the internet’s collective heads explode when someone took a step back in the evolution of the Supra, replacing the new car’s engine with an older one.

If there’s one thing that’s been controversial, it’s GR Supra’s release and their collaboration with BMW on the project. Thanks to pro drifter, Diago Saito, the internet is back up and talking again. More controversy is rearing its head. In the short clip, we would see and hear the 2JZ powered car come to life. It had absolutely no backstory, though. It was hard to tell how Diago got the car or if it was even complete. For all that we knew at the time, it could’ve just been a shell that he’d dropped the motor of his choice in.

This time, though, the crew over at Monster Energy gives us a little bit more information than we had for sure. First and foremost, the car does appear to be some sort of test mule. While it does look to have been complete, normally, these cars are scrapped when they’re done with. After all, there’s no way that the car could be safely put on the street. However, for a drift machine, it’ll never see street use so it’s a perfect fit. How he managed to procure it is still up in the air, though.

Now, the most controversial part of the whole ordeal is the engine selection. When just seeing a clip of this purpose-built drifter originally, we couldn’t get a grip on why the selection for the 2JZ. If it were a shell, perhaps the engine selection would be obvious. With nothing to start with, all is fair game. With this clip, though, we see that the Toyota Supra was a running and driving car before it was torn down. The car was then put back together with the 800 hp power source. Perhaps it was because the 2J has more aftermarket support as opposed to the newer 3.0L turbocharged inline 6 that comes in the car. Maybe, though, Diago has just decided that the 2JZ hasn’t met a possible suitor to replace it just yet.

Perhaps more details are coming on the build with time. For now, though, we certainly have a little something to really be appreciated.

« OKC vs Cali | Season Premiere! Can Cali Take Down The 405 In An Epic Street Racing Battle?