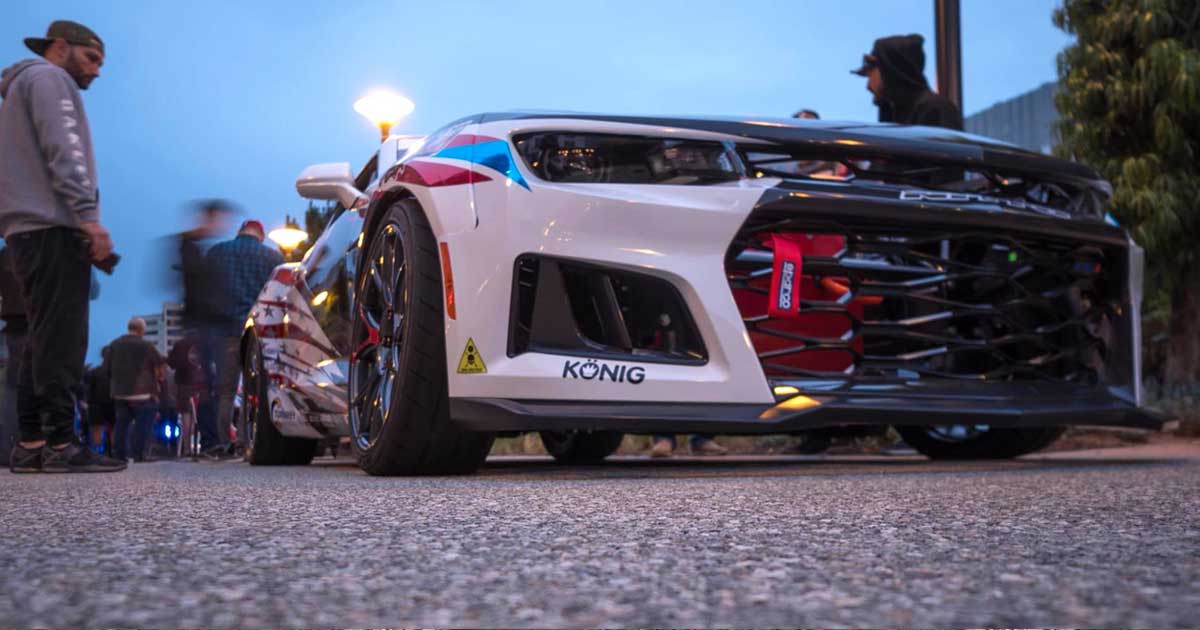 Take a second to imagine something like this. Close your eyes if it helps out a little bit.

The year is 2019. You just so happen to be waking up from a 20-year coma. Naturally, you’re a pretty big motorsports fan and want to head to the track to see what’s going on. Imagine the feeling of seeing what’s going on after the last year you remember being 1999. Just about everything has taken a flip from where it was including the power under the hood of a lot of vehicles. The Ford Mustang now has a four-cylinder that’s a lot more powerful than the v8 you’re used to. That’s just one example, though! If we look closer, we notice that electric power is also making its presence felt across the racing scene.

One of the most notable additions to the electric racing scene today comes straight from Chevrolet themselves. For those not familiar with the COPO Camaro, essentially, it acts as a factory performance drag racing machine. One of the most recent additions to the COPO would have GM slipping in an electric version. The car is traditionally powered by a screaming v8. This doesn’t seem to be some oddball marketing experiment, either. This thing is pretty fast as it clocks in with sub-10-second quarter mile times. In addition, the eCOPO has been known to hang some awkwardly quiet electric wheelies too!

Naturally, It was only a matter of time before we saw a competitive drifting machine get in on the electric avalanche of builds. Next in line comes a Chevrolet Camaro that they’re calling the “EL1.” The machine created by Napoleon Motorsports is slated to take on Formula D this year. Outside of a rogue Tesla driver that we saw trying to throw the car through the corners, this might just be the first real electric drifting machine. By following along with the video below, we get a taste of what exactly this car is all about. However, it’s not going to be until it’s being slung around the corners that we get a real grip (or drift), on what’s happening here.

« This Soda Can Impression of a Rally Car is Spot On!