World’s Greatest Drag Race 10 May Host the Most Diverse Competitors Yet!

World’s Greatest Drag Race 10 May Host the Most Diverse Competitors Yet!

When it comes to rawness in motorsports, drag racing might be about as raw as it ...

When it comes to rawness in motorsports, drag racing might be about as raw as it gets. Don’t get us wrong, as one climbs the ranks in drag racing, there is a good level of nuance and detail to make perfect. There’s simply a lot to know in order to be a proficient drag racer. However, at its core, the sport is just a couple of drivers trying to find out whose machine is the fastest. In order to participate, one needs nothing more than a car that moves and a straight stretch to race on.

In the event proclaimed the “World’s Greatest Drag Race,” Motor Trend sets out to find out which among hot recent production machines is king. In order to do this, the competitors are stacked up, side-by-side, and simply thrown into the gauntlet. As simple of a concept as this is, it ends up being pretty interesting as we get to see a wide variety of machines from different corners of the performance world going at one another in a simple but exciting drag race.

In the 10th rendition of the race, we find yet another unique grouping of cars. This time we get to watch the likes of the following go head to head… to head.

Each machine has its own strengths and weaknesses but this time, it’s a measure of flat-out speed and quickness in a straight line. It’s pretty neat to see everything from exotic cars to American muscle and even a pickup and SUV thrown in the mix. These days, with the playing field leveling out across the continents, we never know who’s going to come out on top. I guess that at the end of the day, there’s only one way to truly find out who will reign supreme and that’s to get down to business. 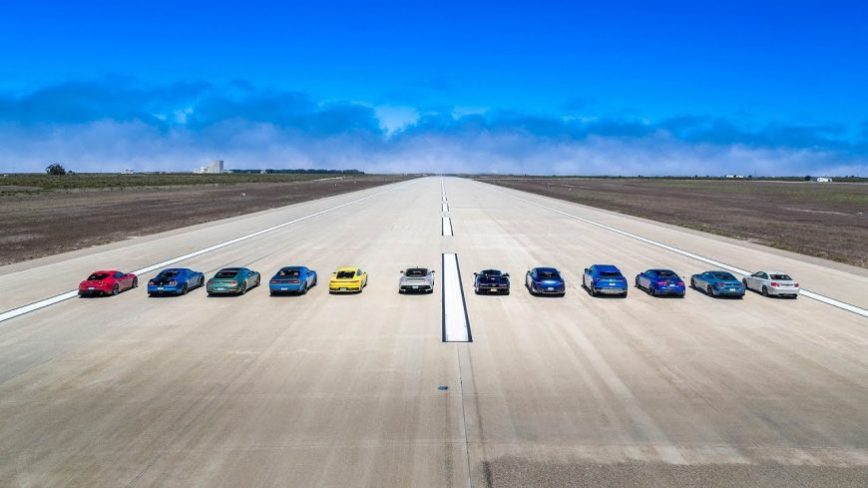