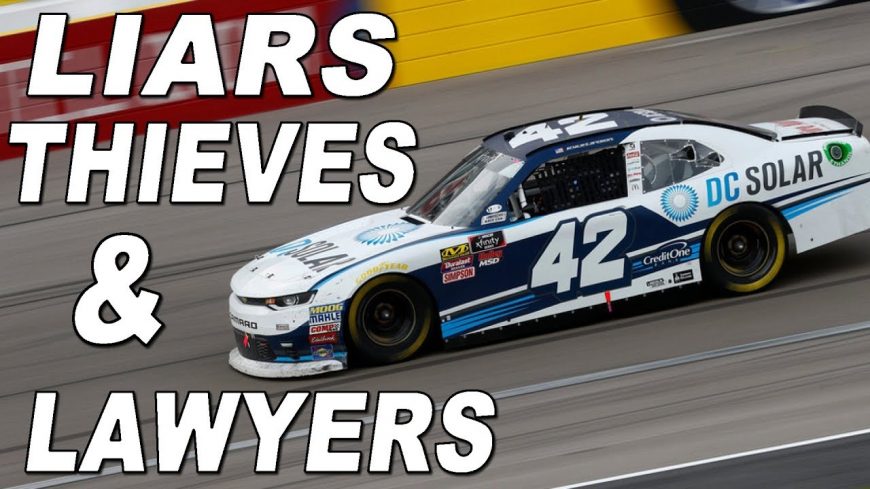 In drag racing, every once in a while, we hear a grumbling of some sort of drama unfolding. In this world, sometimes, certain promoters or sponsors can be a little bit less than genuine. This might mean screwing over the people who they work with. Even those who support them can get the short end of the stick.

Sometimes, it might mean not providing a full payout for a race. Other times, sponsors might be earning their money in, well, “colorful” ways. This could certainly cast a dark cloud over a race team or people who want to support an event.

Just when we thought that this drama was limited to smalltime promotions, out comes a video that tells all. Apparently, NASCAR, while it is a household name and very well-branded experience, has some people who have slid their way through the cracks.

The bottom line of most of these stories ends up coming down to money. In one way or another, maybe somebody isn’t getting paid or perhaps would like to get paid more. Therefore, they will really go above and beyond in order to make sure that they end up getting their piece of the pie. Unfortunately, this won’t always be in the most honest way possible.

By following along with the video below, we tune into some incredible stories. It really might blow the mind as to what some people are capable of when they’re chasing down that almighty dollar. From someone who conned his way into racing with no experience to a company like DC Solar who operated as a Ponzi scheme, there have been some crazy happenings in between those walls.

After hearing stories like this, it really encourages one to double-check and do their research. One never knows who is on the other end of a deal or what they’re capable of. It also shows us just how blinding money can be.